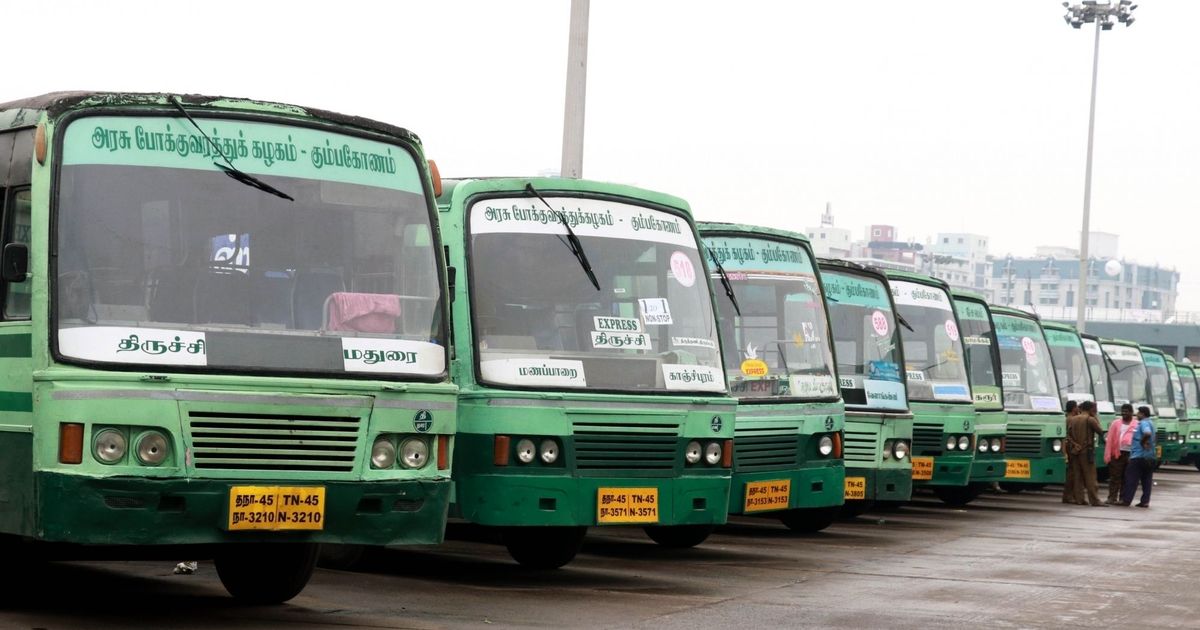 Chennai: Nearly 80 per cent of the 22,000 government run buses in the state may stay off roads from June 19 as confederation of major transport workers unions, mostly affiliated to the opposition DMK and Tamil Nadu State Transport Corporation (TNSTC) is planning on a strike again because the state government failed to keep its word on fulfilling their demands.

They rue that the retirement benefits of nearly Rs 1,600 crore has not been cleared yet and the provident funds and LIC money to be paid to the concerned organisations is due, although the amount is being deducted from employees’ salaries, every month.

The unions also demanded a pay equivalent to that of other government employees.

A strike was earlier called on for eight days in January after the negotiations by the staff unions with state transport department demanding wage revision among other things, failed.

The striking employees of state transport have been insisting for a pay scale revision to Rs 30,000.

However, authorities have agreed in principle to pay only Rs 24,400, which the employees felt was a great injustice for the workers who deal with severe traffic and stress on a daily basis.

The dues to be paid to the transport employees including retirement and provident fund dues stood at `7,543 crore.

Now, employee unions rued that the government spike bus fare citing increased operational costs, however it only had an inverse affect on the department.

A release from the unions said that spiking ticker fares did not help the government, which must now come to the forefront to address employee issues or they would go on strike from June 19.

Also, they condemned its move to scrap diesel subsidy.