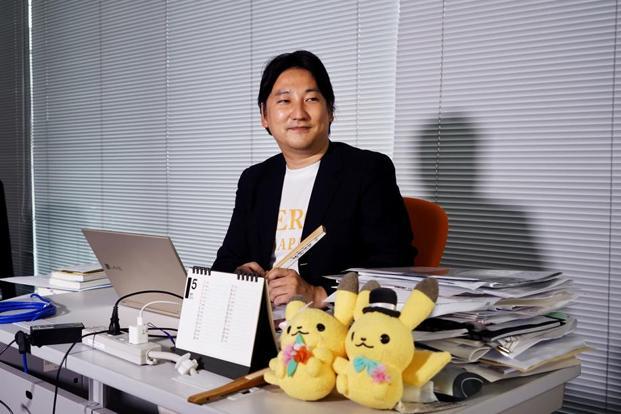 Tokyo: Takahiro Hayashi won his first nationwide title in shogi—Japanese chess—while still in high school, and by the age of 22, he was the world amateur champion. His coaches were urging him to turn pro.

But Hayashi wanted to be an entrepreneur, not a chess player. And so, in 2009, he found himself in a room with some local venture capitalists, presenting a 120-page pitch about his social game firm. The financiers kind of tuned out.

“One of the investors told me that he didn’t really listen to the explanation of our business plan,” the 41-year-old Hayashi said in an interview at Heroz Inc.’s headquarters in Tokyo. “He said that ‘You’re a world champion, so you’ll work something out.”’

Hayashi got the financing. “It blew my mind,” he said. But so far at least, the VC executive’s bet has proved profitable. Heroz, which went on to develop artificial intelligence technologies through the creation of online games such as shogi and then use AI for a range of other services, is now a public company, and its shares are thriving.

In April, the company listed on a start-up market on the Tokyo Stock Exchange. It was a record-breaking debut. The shares opened 11 times higher than the IPO price, the best ever start of trading by a Japanese listed company. The stock has almost quadrupled since going public. It fell as much as 2.4% in early trading in Tokyo on Thursday.

“I didn’t think it would be so successful,” said Hideto Fujino, one of Japan’s most famous stock pickers, who took a stake in the company as a personal investment before Heroz went public and is now one of the top 10 shareholders. Fujino, a keen shogi player himself, says he bought the stock initially to encourage the company, rather than because he expected to profit.

“It was more a form of support,” he said.

Heroz released its game “Shogi Wars” in 2012. The following year, an artificial intelligence engine developed by an engineer of the company became the first to defeat a professional player of Japanese chess. That was about 16 years after Deep Blue, a chess computer created by International Business Machines Corp., beat then world champion Garry Kasparov. Shogi is more complex than chess because pieces return to the board after being captured, increasing the number of move permutations that must be considered.

After building the new Deep Blue, Heroz used the deep learning and machine learning skills it acquired to expand into other areas—everything from construction to financial services. It couldn’t have come at a better time. The AI industry is expanding rapidly in Japan, where a shrinking workforce is causing the tightest labour market in decades, creating an opportunity for companies to use the technology to help fill vacancies and improve efficiency. The Japanese AI market may top $18 billion by fiscal 2030, a more than sevenfold increase from fiscal 2016, according to Fuji Chimera Research Institute Inc. estimates. “There’s huge potential,” Hayashi said.

Heroz has been working with Takenaka Corp., the construction company that developed Japan’s tallest skyscraper, to create an AI system to help design buildings. The system will crunch Takenaka’s existing structural design data and learn from its architects to provide various patterns for how buildings could be designed. Architects then compare the patterns and consult with clients to decide which one to use.