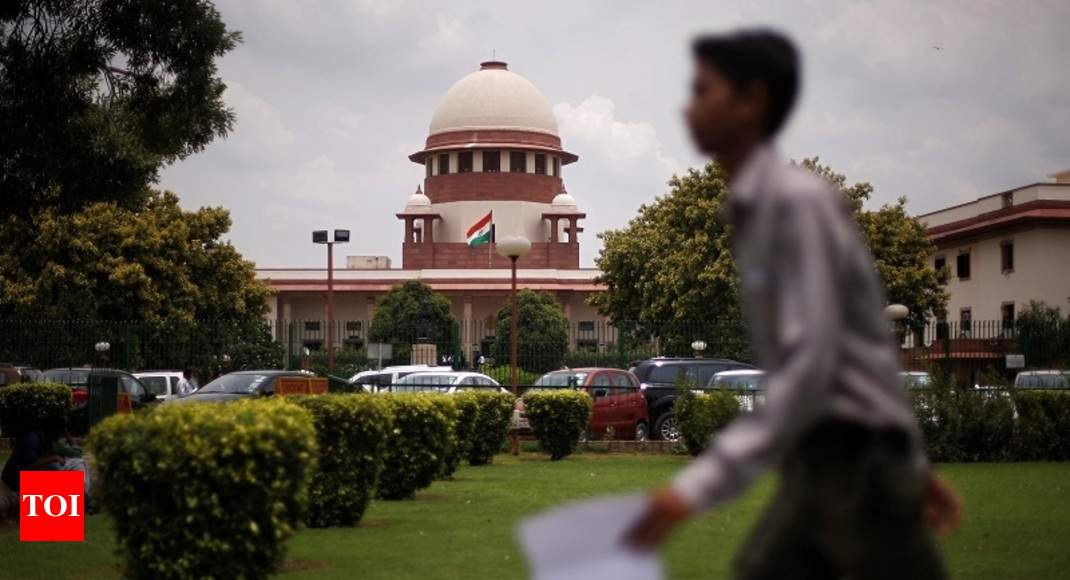 NEW DELHI: The Supreme Court on Thursday deplored the Taj Trapezium Zone (TTZ) authority on environment protection in and around the Taj Mahal asking it whether preservation of the iconic monument was a “tamasha” (drama) or a “joke”.

Terming the TTZ authority as “flop”, a bench of justices Madan B Lokur and Deepak Gupta said the body has done nothing and “we would not have this problem if TTZ would have done its work”.

TTZ is an area of about 10,400 sq km spread over the districts of Agra, Firozabad, Mathura, Hathras and Etah in Uttar Pradesh and Bharatpur district of Rajasthan.

When the court was told that TTZ authority has problem of infrastructure and was under-staffed, the bench shot back, “Is it our fault? What is this ‘tamasha’ going on. It is nothing less than a ‘tamasha’. They (TTZ) are saying they do not have staffs. Will the Supreme Court recruit staff for them?”

The bench asked TTZ chairman K Ram Mohan Rao, who was present in the court, as to whether he had written letters to the Uttar Pradesh government on the issue of lack of staffs and infrastructure.

Rao said that he had written three-four letters to the state on this.

“You should have a comedy show channel. It is becoming a joke,” the bench said and asked the Uttar Pradesh government to respond to it by July 31.

During the hearing, the TTZ chairman told the bench that dust was a major cause of pollution in the area and they have planned to have a green cover within five kilometers of Taj Mahal.

He said that mechanised sweeping of roads was started in the area so that dust particles do not mix up in the air.

The court, however, reminded him that as per TTZ report, 1,167 polluting industries were operating in the area.

He told the bench there were total of 1,174 industries in the area out of which 474 had switched over to natural gas while 697 have closed down.

The TTZ chairman said that no new industries have come up in the area and no expansion was allowed for existing units.

The bench then asked him about the industries which were polluting air and water in the TTZ area.

Advocate Aishwarya Bhati, appearing for Uttar Pradesh government, told the bench that they would file an affidavit in this regard.

“Hotels also need to have effluent treatment plants. You do not have data before you as to how many industries are there which pollutes air and water,” the bench observed, adding, “we are more concerned with the pollution level”.

The bench posted the matter for further hearing on July 31 and asked Rao to remain present before it on that date.

The TTZ chairman also informed the bench about pendency of some petitions in the Allahabad High Court on the issue of setting up, expansion and allocation of fuel and gas to the industries operating in the area.

The bench asked the high court not to entertain such pleas since the apex court was seized of the matter.

The counsel appearing for the Uttar Pradesh Pollution Control Board referred to a report and told the bench that pollution level has come down in Firozabad area near Agra where glass industries were operating.

He said the board was conducting checks on industries operating in the area to know about the pollution level.

During the hearing in the matter related to protection and preservation of Taj Mahal, Attorney General K K Venugopal told the bench that the waqf board has claimed that whole of Taj Mahal was a waqf property and the issue was pending before a bench headed by Chief Justice Dipak Misra.

“Why this jugglery is going on?,” the bench observed.

An advocate, representing the Archeological Survey of India (ASI), told the court that there were several heritage sites in Agra as well as in the TTZ area.

The apex court has been monitoring development in the area to protect the Taj Mahal, built by Mughal emperor Shah Jahan in the memory of his wife Mumtaz Mahal at Agra.