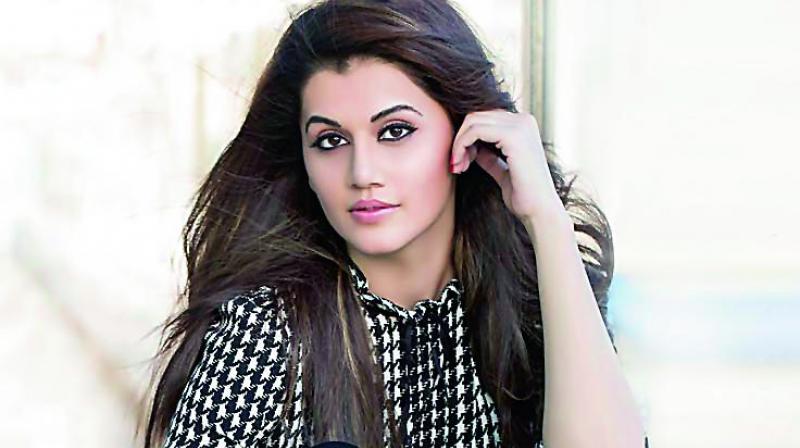 Fans and media recently went into a frenzy when actor Anushka Sharma and cricketer Virat Kohli decided to tie the knot on December 11. And although 2018 has just begun, the buzz around other celebrity weddings has already started. However, actor Taapsee Pannu doesn’t think her wedding will generate as much enthusiasm as Anushka and Virat’s marriage did, as she says she won’t choose a cricketer or rich businessman as her life partner.

“It’s not that I have tried too hard to keep my personal life under wraps and wanted to keep it away from everyone. I am not dating any cricketer, actor, or director, producer or any big Indian businessman. Whenever my wedding happens, there will not be any hoopla about it. Right now there is some wedding season going on in the country but when I tie the knot, I don’t think it will interest the Indian media so much. Whenever my wedding happens, it will not be to a cricketer or a rich businessman,” says Taapsee, who is said to be dating Olympic silver medallist badminton player Mathias Boe.

The actor, citing instances from the past, feels it is not right to hold one’s partner responsible for the other one’s success or failure — something which happened when Virat and Anushka went public with their relationship.

“We have examples in the past where someone has been dating a certain person, and people say their partner is why a person is not performing well. The partner then becomes the [bringer of] ‘bad luck’. I don’t want to get into that category, where whatever I do depends on my partner’s luck,” says Taapsee, who was recently seen in blockbuster Judwaa 2.

The 30-year-old actor, who received critical acclaim for films such as Pink (2016) and Naam Shabana (2017), is glad that people don’t discuss much about her personal life and focus on her work.

“ I like the fact that people are so oblivious to my personal life. My personal life is not too fun, as much as my films or my career. The only reason I don’t talk about my love life is because once I start talking about it, that becomes the headline of every story written about me,” she says.