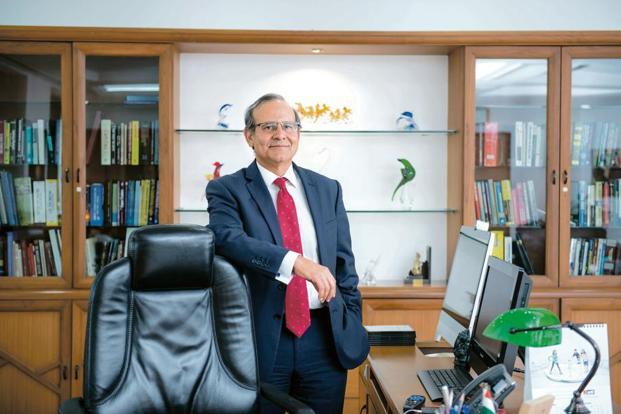 In a letter dated 23 July, T. Rowe Price, which holds 26% in UTI MF, asked the regulator to extend the term of its current CEO Leo Puri for a year, and direct other shareholders —who hold 18.25% each—to reduce their stakes to 10% each by March 2019 as mandated by the regulator. Mint has seen a copy of the letter.

“If you fail to act, we shall, as responsible shareholders and asset managers, have to adopt appropriate proceedings, which we have been resisting in the hope that the Indian government/regulator (Sebi) will take appropriate action in the best interests of UTI MF,” T. Rowe Price wrote in its letter to the Securities and Exchange Board of India (Sebi).

Though T. Rowe Price is the biggest shareholder in UTI MF, India’s sixth largest mutual fund house, the other four owners—Life Insurance Corp. of India (LIC), Bank of Baroda (BoB), Punjab National Bank (PNB) and Bank of India (BoI)—together own a commanding majority on its board.

T. Rowe Price, among the world’s largest asset management companies (AMCs) with over $1 trillion assets under management, further wrote, “Independent directors on the board of the AMC (nominated by LIC, SBI, and PNB), without consulting TRP’s nominee directors, had the gall to challenge and oppose the decisions of the trustees, accused the trustees of being prejudiced against the independent directors, and refused to accept the directions passed by the trustees.”

“The independent directors, using their majority on the AMC’s board, have been blatantly flouting the MF regulations by undermining the directions and authority of the trustees. We are very disappointed with the defiant and irresponsible actions of the ‘independent directors’ of UTI AMC, taken without sincere regard for either trustee board authority or the inevitable damage done to the business of UTI and its Unit Holders,” it added.

“This could have dire consequences for the AMC and its operations. Further, when a trustee board has taken a principled position to protect its unit holders, if Sebi does not support that trustee board in the face of opposition from a contentious AMC board faction, such inaction will surely weaken the future influence of all mutual fund trustee boards,” the letter added.

A T. Rowe Price spokesperson said the firm was merely asking authorities to comply with regulations, law and the directions of the trustee board. “The AMC directors nominated by certain conflicted shareholders have gone well outside the bounds of good governance in an effort to create a situation that will allow the conflicted shareholders to avoid timely compliance with the Sebi regulation requiring each of them to sell below 10%. In doing so, these directors have also defied the lawfully binding direction of the independent MF trustee board. We are simply asking Sebi and the finance ministry to direct the sponsors and their nominees to comply with regulations, the law and, more specifically, the directions of the trustee board,” the spokesperson said in an emailed response.

A Sebi order in March 2018, intended to avoid potential conflicts of interest and strengthen the governance structure of MFs, said no shareholder of an AMC can own more than 10% stake in another AMC; and that those who own such stakes need to bring them down. Such shareholders will not be allowed to be on the board of both AMCs either.

This means T. Rowe Price’s partners, which have their own MF businesses, will need to pare their stakes through an IPO. T. Rowe Price is seeking to extend the tenure of Puri, which ends in August 2018, to ensure continuity through the expected IPO (initial public offering) process. He was appointed as CEO in 2013, after the position remained unoccupied for over two years.

When UTI MF was set up, the four stakeholders were supposed to be temporary custodians. It was agreed that over time, these shareholders would exit through an IPO.