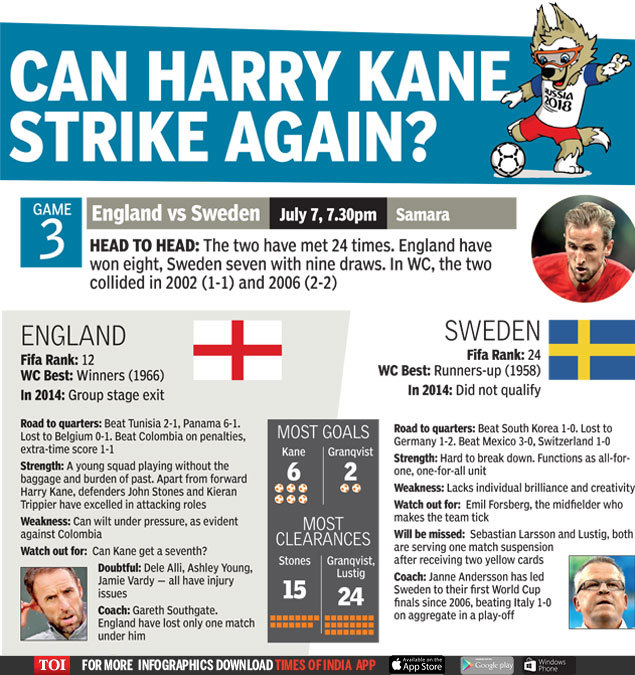 There is a line of argument which says England, who play Sweden on Saturday, are the most likely of any side left in the World Cup to reach the semifinals. Gareth Southgate’s management team will have spent much of the past 36 hours watching videos of Sweden’s tournament so far, and the image that comes to mind is one of pens hovering threateningly over blank notepads and fingers resting intently on unmoved keyboards. Because even when watching Sweden beat South Korea or Mexico or Switzerland, it is hard to pinpoint exactly how they did it.

We have been told about their collective spirit, about the unity only fostered by the departure of a narcissistic leader, about the principles ingrained by manager Janne Andersson, about a 4-4-2 formation which becomes a 4-6-0 when things get tough, a billowing yellow curtain concealing their goal.

But scratch a little deeper and there is nothing very simple about Sweden. They are a counter-attacking team without pace, a physical side who don’t bully, a team who’ve scored six goals without anyone much resembling a goal scorer. England’s most difficult task is to find a task. There is no world-class talent, no obvious threat, no strong side. How do you mark collective spirit? How do you tackle teamwork? How do you dribble through iron will? 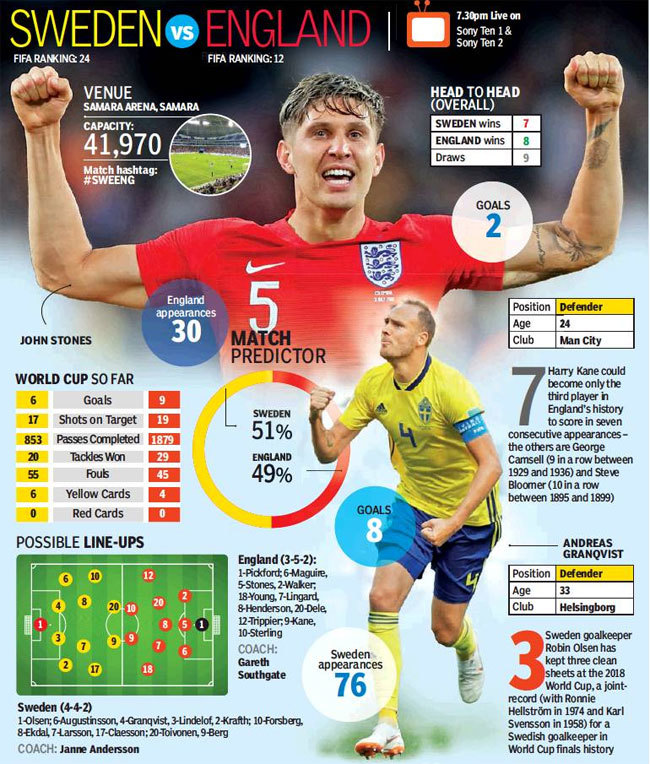 Sweden is a unique challenge for England to face. This is the reality of a World Cup, where each round is a distinctive task, a new puzzle to be solved. This is the juncture at which the England squad’s inexperience at major tournaments could reveal itself, and it is why the success of Southgate’s players with the international youth teams stands them in good stead. The unchartered nature of this World Cup’s final act is the same for Sweden and for every side: no player left in the tournament has ever played in a World Cup final. 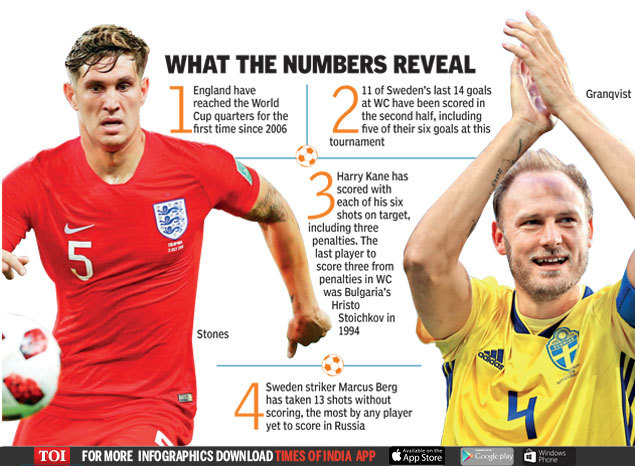 The other similarity between Sweden and England is that of shared experience. Both have been through the gut-wrenching despair of ceding a last-minute goal – Yerry Mina’s header for Colombia, Toni Kroos’s free-kick for Germany. Both have had to rally round a teammate – England round Raheem Sterling in the preceding days, Sweden round Jimmy Durmaz after he and his family received racist abuse over his foul on Kroos. And both play under a manager who appears gentle and unremarkable. England have the strongest squad in the softer half of the draw, but they face a team who is just that, a team: more than a sum of its parts, a sum that has so far proved tricky to solve. 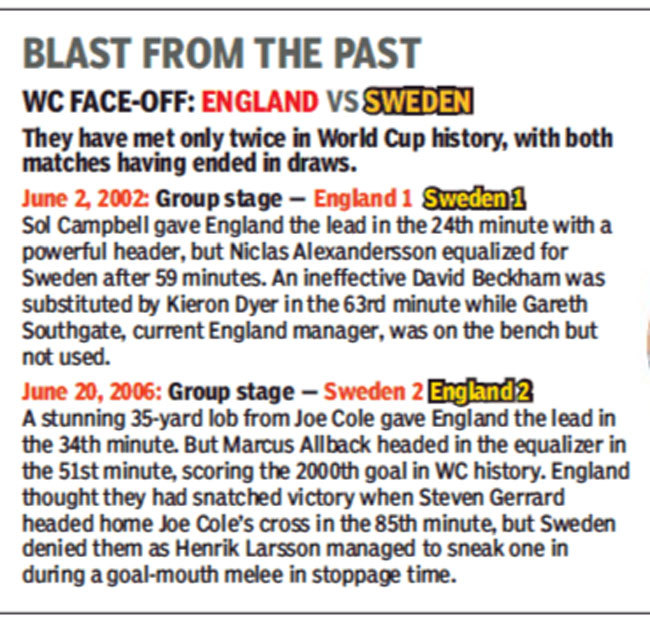