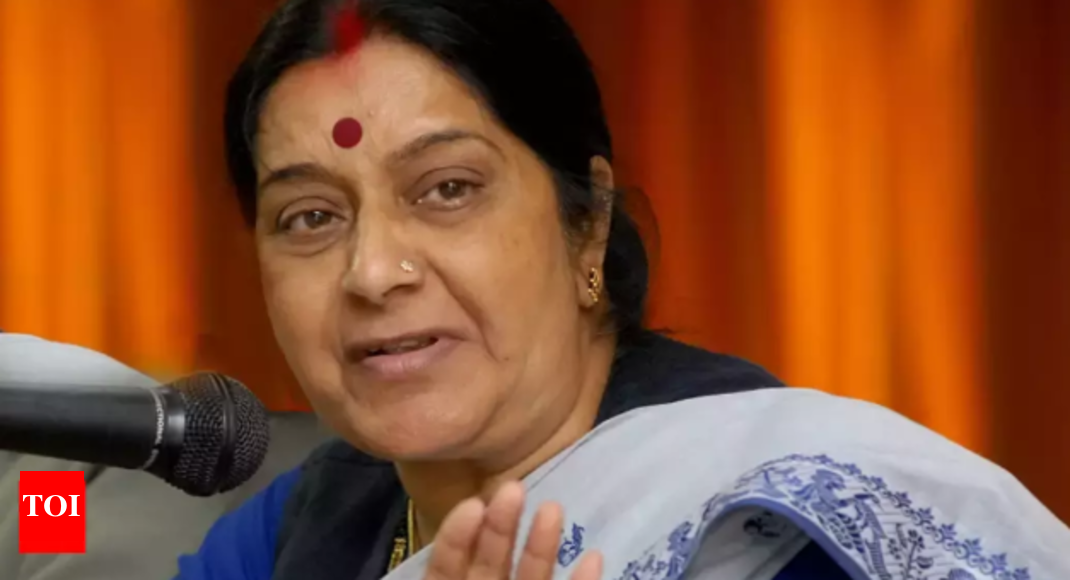 Her wit was on full display in her recent response to someone who asked her on Twitter whether it is safe to travel to Bali, where a volcano erupted multiple times last month.

Swaraj tweeted back saying she “would have to contact the volcano there”.

I will have to consult the volcano there. https://t.co/bv2atzWtZg

Swaraj’s husband, Swaraj Kaushal is hilarious too. Some years ago, when somebody asked minister Swaraj why she doesn’t follower her husband on Twitter, Kaushal jumped in to reply.

“I have followed her for 45 years – Can’t change things now.”