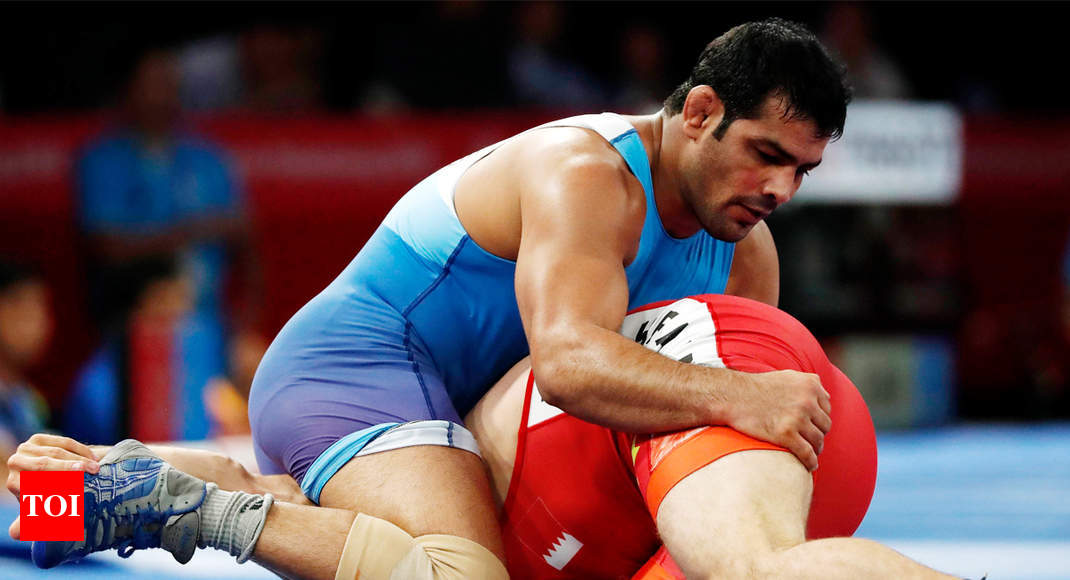 JAKARTA: Two-time Olympic medallist wrestler Sushil Kumar’s Asian Games campaign ended in disappointment as he suffered a stunning loss in the first qualification round bout against Bahrain’s Adam Batirov in the men’s 74 kg category on Sunday.

The 35-year-old celebrated Indian wrestler, who won a bronze and silver respectively in the 2008 and 2012 Olympics, lost 3-5 to Batirov in the qualification round.

Sushil’s chance of playing in the repechage round went up in smoke after Batirov lost his quarter-finals bout. If Batirov had made the final, the Indian would have had a chance to win bronze through repechage.

Against Batirov, Sushil led 2-1 after the first period with a take down but the Bahraini made a strong comeback to silence the Indian fans.

The Indian stalwart created two opportunities to score in the second period but could not convert while Batirov did not miss his chances. The Bahrain wrestler led 3-2 with a take down and then pushed the Indian out for a win.