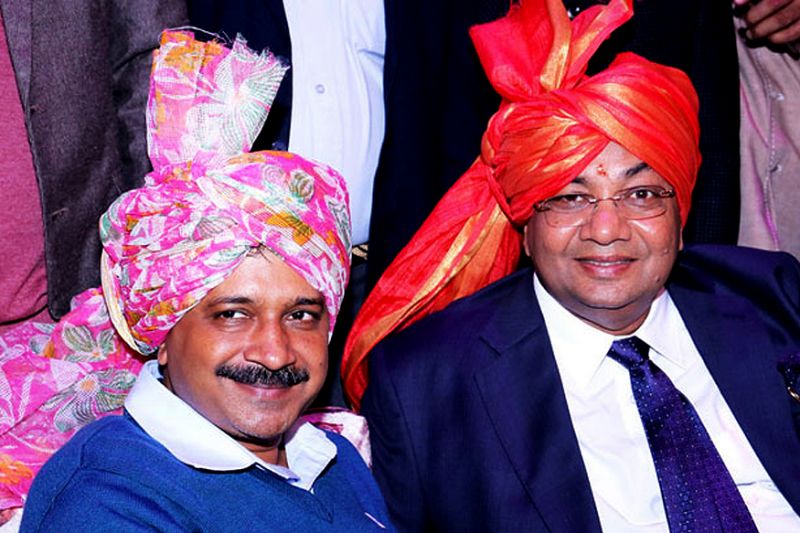 The Aam Aadmi Party’s Political Affairs Committee on Wednesday confirmed Sushil Gupta as one of its nominees for the Rajya Sabha elections.

Gupta, who has been the Chairman of Delhi’s Punjabi Bagh Club for the last 25 years and chairman of the Punjabi Bagh Co-operative Housing Society for 13 years, is technically, not even a member of the Aam Aadmi Party. However, he is not a stranger to politics.

Gupta started his political career as a student activist of the National Students’ Union of India (NSUI) and until three months ago, was a member of the Congress party. In 2013, he even contested, albeit unsuccessfully, the Delhi Assembly elections from Moti Nagar on a Congress ticket.

Gupta has wide-ranging business interests from land development to private educational and healthcare institutions. Among others, he owns and operates Delhi’s Ganga group of institutions, but when asked how he would describe himself, Gupta told News 18, “Main purely kisaan hoon (I am purely a farmer).”

One AAP MLA, who is considered close to Kejriwal, had said, “I heard that Sushil Gupta’s name was doing the rounds and I am disappointed. He is not someone who is seen with a lot of respect. He often hosts politicians at the Punjabi Bagh Club. He has come from the Congress. There are too many red flags. If this name comes up, I will oppose it. Isse achcha Kumar Vishwas ko hi bhej dete. (We should have sent Kumar Vishwas to Rajya Sabha instead)”