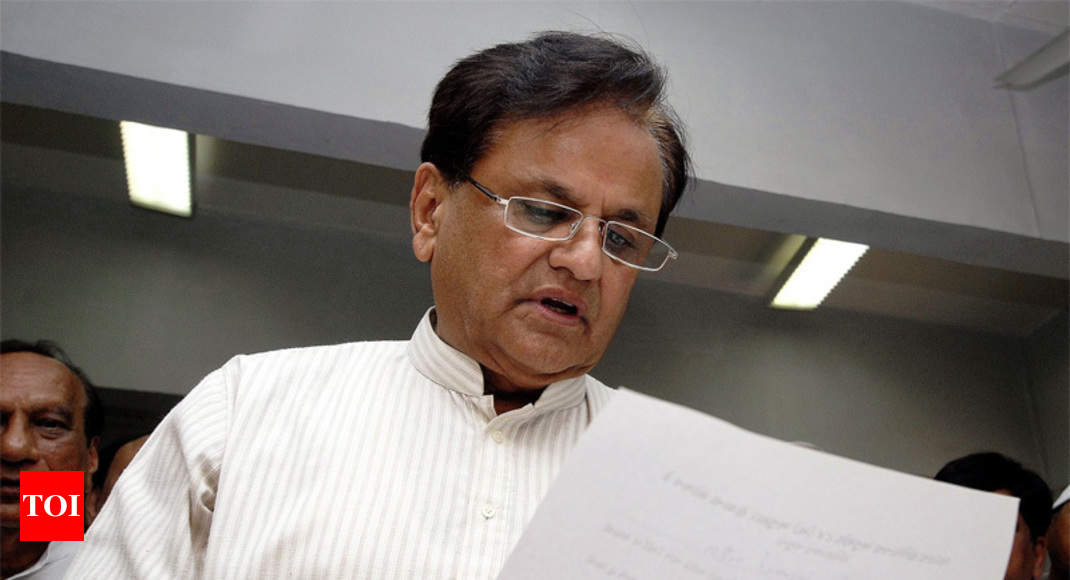 NEW DELHI: The Supreme Court will hear Congress leader Ahmed Patel’s petition seeking a direction to the Gujarat high court to not proceed with a plea challenging his election to the Rajya Sabha on July 9.
A bench comprising Chief Justice Dipak Misra and Justices A M Khanwilkar and D Y Chandrachud said the court will hear Patel’s plea seeking to dismiss the petition filed against him at the Gujarat high court next Monday.

Patel was elected to the Rajya Sabha last year after beating BJP nominee Balwantsinh Rajput, who had resigned from the Congress to join the BJP.

The win for the Congress leader came after the Election Commission cancelled the votes of Congress MLAs Bhola Bhai Gohil and Raghav Bhai Patel. This had brought down the requirement for an outright victory for a candidate to 44 from 45.

Immediately after Patel got elected, Rajput filed a petition in the high court challenging the Election Commission’s decision to invalidate votes of the two rebel MLAs. Had these votes been counted, he would have defeated Patel, Rajput said.

Rajput’s petition in the high court also alleged that Patel took party MLAs to a resort in Bengaluru before the election, amounting to bribing the voters.

Patel had challenged Rajput’s plea and sought its dismissal at the “threshold level” for not serving respondents an attested copy of the petition as required under the law.

The high court, however, rejected his plea and said the petitioner had substantially complied with the provisions of law and the defects could be easily cured.

Patel has now moved the top court against the high court order saying that Rajput’s petition is “devoid of merits” and fails to show any “cause of action”.