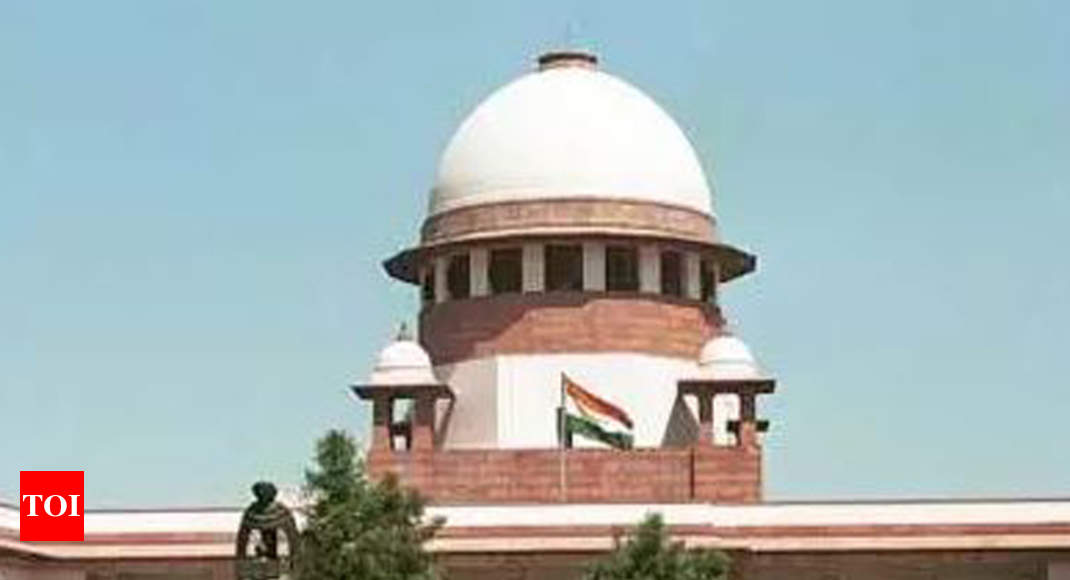 NEW DELHI: The Supreme Court on Friday said it would examine the provisions of law which provide curbs and balances for media in reporting incidents of sexual assault, including that of minors, after it was complained that there have been “regular violation” of such provisions.

The apex court was told that in today’s world, parallel media trials were going on even when proceedings of cases were pending before the court of law, like in the recent Kathua gangrape-murder case.

A bench headed by Justice Madan B Lokur was informed by senior advocate Indira Jaising, who is assisting the court as an amicus curiae, that disclosing the identity of a victim of sexual assault infringes the privacy of that person and it should not be allowed.

She referred to the provisions of the Indian Penal Code (IPC) and the Protection of Children from Sexual Offences (POCSO) Act, which deals with disclosure of identity of victims of such offences and procedure to be followed by the media in reporting these cases, and said they needed to be interpreted by the apex court.

Jaising said a balance of rights of such victims and that of the media to report such incidents was required, and the apex court should interpret Section 228-A of IPC (dealing with disclosure of identity of victims of sexual offences) and provision 23 of the POCSO Act which deals with the procedure to be followed by media.

“A balance will have to be struck. We do not want a complete ban on the media, but victim’s identity should be protected. Also, there should not be any media trials,” she told the bench, also comprising Justices S Abdul Nazeer and Deepak Gupta.

“We will hear you on that,” the bench told Jaising.

“Is there a requirement to hear somebody from bodies like the Press Council of India (PCI) because then the media will say they were not heard,” it said.

Jaising, also referring to the Contempt of Courts Act, told the bench that media has now “gone beyond reporting” and deciding even before a court’s judgement as to who should be an accused.

The bench, which said during the hearing that it would issue notice to the PCI on the matter, later said that it would hear submissions on September 5.

During the hearing, Jaising said a scheme prepared by the National Legal Services Authority (NALSA) for compensating victims of sexual assault and acid attacks should be notified by all states since the apex court has also accepted it.

She said the Compensation Scheme for Women Victims/ Survivors of Sexual Assault/Other Crimes-2018 would be effective from the date the states notified it and there should be a time frame for it.

“Have it (notified) on October 2,” the bench said.

The amicus curiae said October 2, being Gandhi Jayanti, was an auspicious day and states should notify the scheme on that date.

She said the issue related to making the scheme “gender neutral” and extending it to child victims of such assaults would be looked into.

Jaising said even the POCSO Act prescribed compensation to minor victims and NALSA’s scheme has an upper limit as far as paying compensation to the victims was concerned.

“We will pass direction that in POCSO Act cases, the upper limit will not apply,” the bench said.

The bench also referred to an application filed by a body suggesting some changes in the NALSA’s scheme and asked the amicus curiae to look into it.

The court said that the body could make a representation before a committee of NALSA, which has representatives from various ministries, and the panel would look into it and suggest changes, if necessary.

The amicus also raised the issue of black tinted glasses in vehicles and offences reported in app-based taxi services.

She said the black tinted glasses in vehicles was one of the reasons of the Nirbhaya gang rape and murder case in Delhi in 2012.

As per NALSA’s scheme, a victim of gang rape in any part of the country would now get a minimum compensation of Rs 5 lakh and up to a maximum of Rs 10 lakh.

Similarly, in case of rape and unnatural sexual assault, the victim would get a minimum compensation of Rs 4 lakh and maximum of Rs 7 lakh.

The scheme also says that victims of acid attacks, in case of disfigurement of face, would get a minimum compensation of Rs 7 lakh, while the upper limit is Rs 8 lakh.

Earlier, the Centre had told the apex court that it was finding it difficult to get cooperation of states on the issue relating to disbursal of compensation to victims of sexual assault under the Nirbhaya Fund.

The Nirbhaya Fund was announced by the Centre in 2013 after the December 16, 2012 gang rape and murder incident in Delhi to support the initiatives on women’s safety across the country.

Several petitions were filed in the Supreme Court after the Nirbhaya incident, raising concerns over safety and security of women.