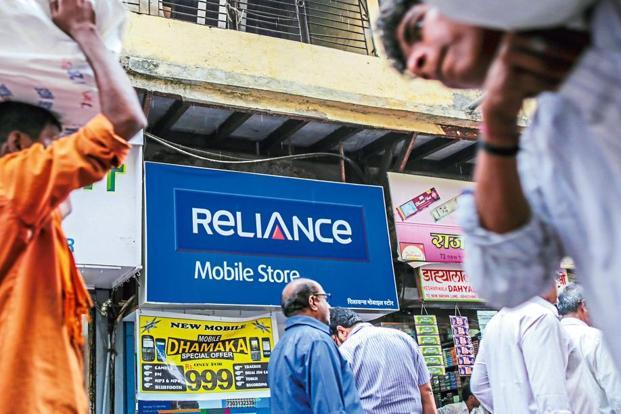 Ericsson had earlier claimed outstanding dues to the tune of ₹1,600 crore, but had agreed to settle for ₹550 crore later on.

Mumbai: The Supreme Court on Friday cleared a settlement between Reliance Communications Ltd (RCom) and the Indian unit of Swedish telecom equipment maker Ericsson AB, paving the way for the sale of the telecom operator’s assets to Reliance Jio Infocomm Ltd.

The judgment, which was delivered by a two-judge bench headed by justice R.F. Nariman, directed Reliance Communications to pay ₹550 crore to Ericsson by 1 October and asked RCom chairman Anil Ambani to give an undertaking to this effect. 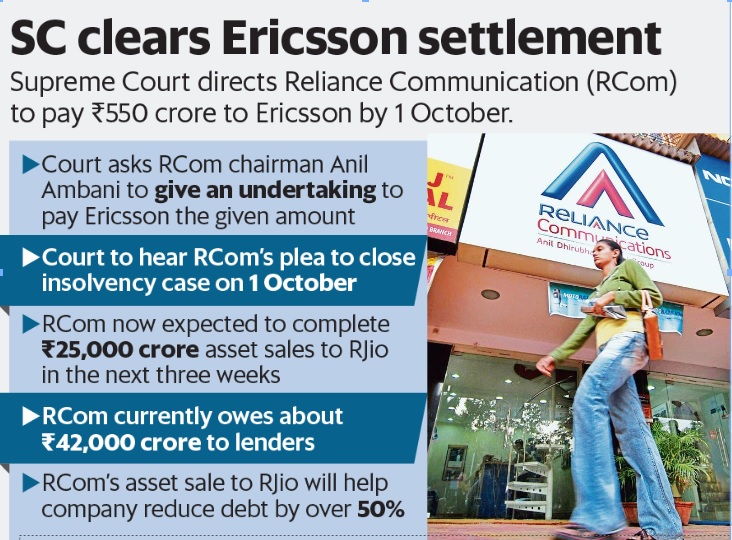 The apex court will now hear RCom’s plea to close the insolvency case on 1 October.

Ericsson had in 2014 signed a seven-year deal with RCom to operate and manage its nationwide telecom network. Now, its Indian-arm has alleged that it has not been paid over ₹1,000 crore. The Swedish company had earlier claimed outstanding dues to the tune of ₹1,600 crore, but had agreed to settle for ₹550 crore later on.

In December 2017, as part of its debt resolution plan, RCom had struck a ₹25,000-crore deal with the Mukesh Ambani-led Reliance Jio for the sale of its assets mortgaged with different banks, to avoid insolvency proceedings.

The plan, however, faced numerous setbacks with the Supreme Court and the National Company Law Tribunal (NCLT) ordering stays at various junctures during the process.

The apex court ruling on Friday comes as a big relief to RCom. The deal with Jio does not include RCom’s real estate assets. RCom is also left with some portion of its spectrum assets for which it is understood to have found other bidders. With the completion of the deal, Jio gets most of RCom’s assets, giving it more firepower in its telecom business, while the Anil Ambani-promoted firm will reduce its debt overhang substantially.

RCom’s assets are expected to contribute significantly to the large-scale roll out of wireless and fiber-to-home and enterprise services by Reliance Jio. A June UBS report pegs Reliance Jio and RCom’s present separate spectrum market shares at 16.2% and 7.4%, respectively, which when combined, adds up to 23.6%.

UBS expects Jio to garner 23.6% of the spectrum market share after the completion of RCom’s asset sale, compared with Airtel’s 23.5%, and the Vodafone Idea Ltd’s 27.2%.

Reliance Group companies have sued HT Media Ltd, Mint’s publisher, and nine others in Bombay high court over a 2 October 2014 front-page story that they have disputed. HT Media is contesting the case.