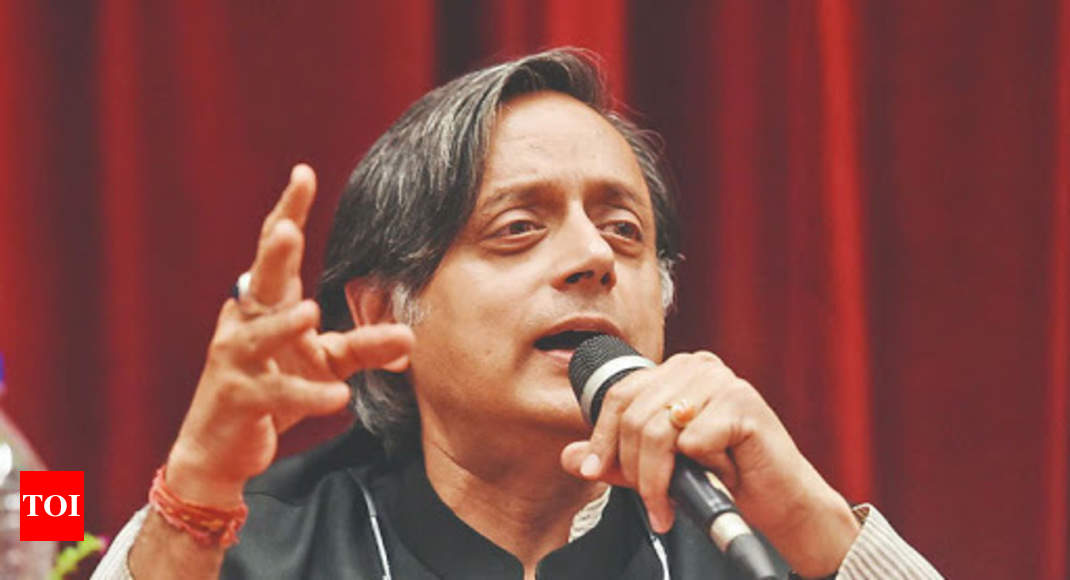 NEW DELHI: Delhi’s Patiala House Court today granted anticipatory bail to Congress MP Shashi Tharoor in the Sunanda Pushkar death case, two days before he’s been ordered to appear in court to stand trial in the case in which he’s an accused.

Tharoor also can’t leave the country without informing the court, in addition to which he will have to furnish a bail bond of Rs 1 lakh.

On June 5, a Delhi court ordered Tharoor to appear on July 7, after taking cognizance of the chargesheet filed in the Pushkar death case. The court took cognizance of Tharoor’s alleged offences of abetment of suicide and committing cruelty towards Pushkar. Tharoor’s then wife Pushkar was found dead in Delhi’s Leela Hotel four years ago.

“SIT categorically stated in charge sheet that probe is concluded, and no custodial interrogation of any person is required. Law is very clear that if chargesheet is filed without arrest, bail is inevitable,” said Tharoor’s counsel.

One June 5, the court said there’s sufficient grounds to proceed against the Congress MP.

In May, four years after Pushkar was found dead in suite number 345 of the Leela Hotel, the Delhi Police filed a chargesheet + and named her husband and Congress MP Tharoor as an accused in the case. According to the chargesheet, Pushkar killed herself by consuming an overdose of antidepressant pills, alprazolam (Alprax), and was driven to taking the extreme step by her husband