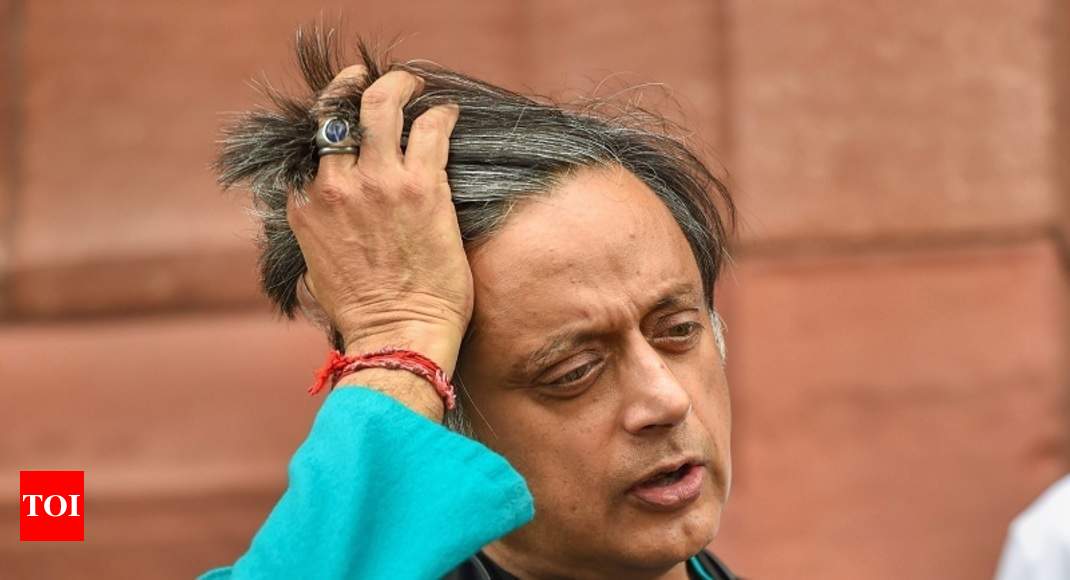 NEW DELHI: Congress leader Shashi Tharoor was granted exemption from personal appearance for today by a court here in a case relating to his wife Sunanda Pushkar’s death almost four years ago in a luxury hotel here.

The court granted the relief to Tharoor, who was granted bail earlier this month after he had appeared before it as an accused, on an application moved by his advocate.

In his application, Tharoor said that he was unable to come to court since Parliament was in session.

The court accepted the application, moved by senior advocate Vikash Pahwa on behalf of the politician, for the day and posted the matter for further hearing on August 23.

Pushkar was found dead in a suite of a luxury hotel in the city on the night of January 17, 2014. The couple was staying in the hotel, as the official bungalow of Tharoor was being renovated at that time.

The court also directed Delhi Police to hand over various documents filed along with the charge sheet, including statements of witnesses, to Tharoor on a plea moved by him.

The Thiruvananthapuram MP was granted regular bail by court on July 7 after he appeared before court in pursuance to the summons issued against him.

The court had on June 5 summoned Tharoor, observing there was sufficient ground to proceed against him.

Tharoor has been charged under sections 498A (husband or his relative subjecting a woman to cruelty) and 306 (abetment of suicide) of the Indian Penal Code (IPC), but has not been arrested in the case.