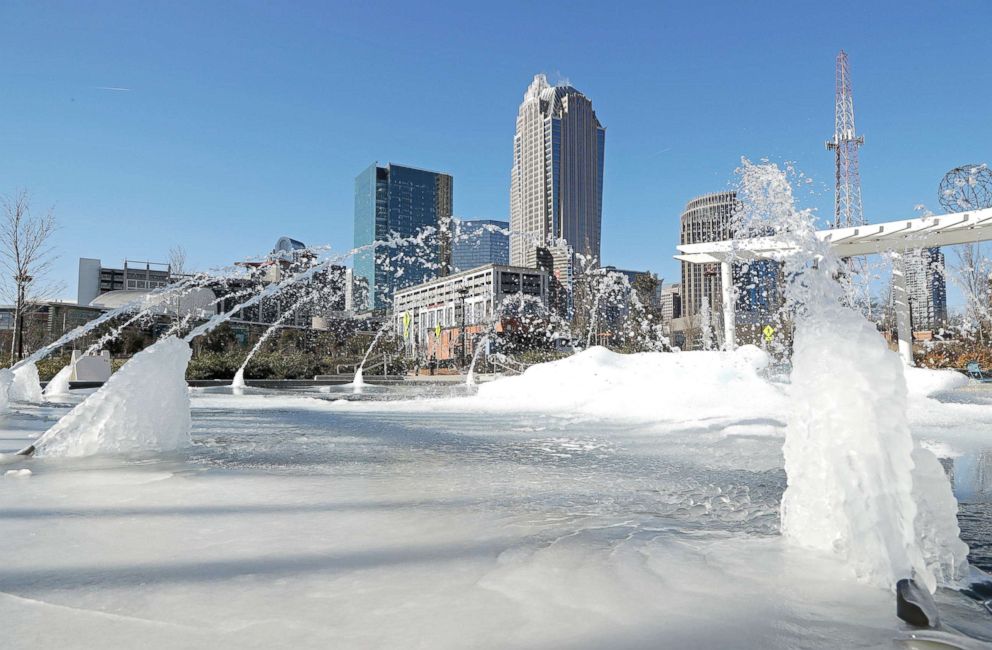 Winter storms swept up the U.S Southeast toward New England on Wednesday as snow, freezing rain and strong winds added to record-shattering cold that had much of the eastern United States in its grip. The wintry mix and low wind chills could cause widespread power outages and leave roads icy, making commuting treacherous for millions of Americans from northern Florida to southern Virginia, the National Weather Service said in a series of warnings.

Some schools and universities in those states were closed on Wednesday in anticipation of the storm. Many flights out of the Savannah/Hilton Head International Airport in Georgia and Tallahassee Airport in Florida were canceled.

The weather service said its Tallahassee office measured a snow and sleet accumulation of 0.1 inch (2.5mm) on its roof early in the day, the first time Florida’s capital has had snow in nearly 30 years.

The service said travel in northeastern Florida was likely to be difficult and dangerous. On Tuesday, Florida Governor Rick Scott urged residents in the north of the state to brace themselves for the cold. He said cold weather shelters have either opened or would be opened in 22 of the state’s 67 counties.

Some coastal areas of Georgia, South Carolina, North Carolina and Virginia could ultimately receive up to 6 inches (15 cm) of snow, along with an accumulation of ice, while parts of New England could see 12 to 15 inches (30-38 cm) of snow and wind gusts of 35 miles per hour (55 km per hour) by the end of week, the weather service said.

Late on Tuesday, Georgia Governor Nathan Deal declared a state of emergency for 28 of the state’s 159 counties.

As the storm bears down, an arctic air mass will remain entrenched over the eastern two-thirds of the country through the end of the week, forecasters said. The record-low temperatures were to blame for at least eight deaths in Texas, Wisconsin, West Virginia, North Dakota and Michigan over the past several days, officials said.

A large swath of the Midwest was under a wind chill warning on Wednesday as places like Cleveland and Indianapolis had temperatures in the wind of 5 to 20 degrees below zero in Fahrenheit (minus 20 to minus 29 degrees Celsius), while the Deep South faced deep-freeze temperatures that threatened crops and pipes, the weather service warned.