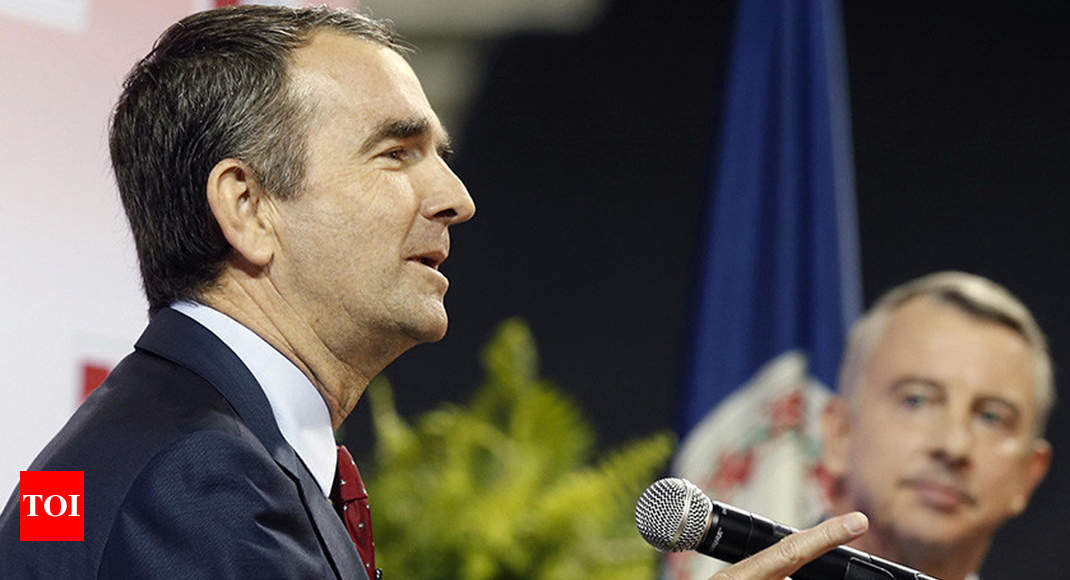 WASHINGTON: A state review into the treatment of immigrant teens held at a Virginia detention center confirmed the facility uses restraint techniques that can include strapping children to chairs and placing mesh bags over their heads.

Investigators concluded the current treatment of detainees at the Shenandoah Valley Juvenile Center did not meet the state’s legal threshold of abuse or neglect, according to a copy of the findings issued Monday by the Virginia Department of Juvenile Justice and obtained by The Associated Press.

But a top state regulator conceded in an interview that investigators did not attempt to determine whether serious allegations of past abuse at the locally run facility are true.

Democratic Gov. Ralph Northam ordered the review in June, hours after the AP published first-person accounts by children as young as 14 who said they were handcuffed, shackled and beaten at the facility. They also described being stripped of their clothes and locked in solitary confinement, sometimes strapped to chairs with bags over their heads.

The incidents are described in sworn statements from six Latino teens included in a class-action lawsuit filed in November and are alleged to have occurred from 2015 to 2018, under both the Obama and Trump administrations. The teens who made those initial complaints were subsequently transferred by federal authorities to other facilities or deported to their home countries.

Angela C. Valentine, the chief deputy director of the state juvenile justice agency, said Monday that investigators interviewed only the 22 who were being held at the facility in late June, following the AP’s report. She said the investigators were not permitted to review the case files or medical records of past detainees who say they were abused.

“The only youth the Department of Juvenile Justice interviewed at the Shenandoah Valley Juvenile Center in response to Gov. Northam’s direction to conduct an inquiry were the juveniles currently at the facility,” Valentine said. “(We) did not interview or inspect any records of any … youth making the allegations in the federal lawsuit.”

The legal advocacy group representing the Latino teens suing the facility called the state’s review “deeply flawed” and said the investigators never contacted them or asked to speak to their clients.

“The children in this facility are denied necessary mental health care and subjected to abusive conditions,” said Jonathan Smith, executive director of the Washington Lawyers’ Committee for Civil Rights and Urban Affairs. “We look forward to proving our case in court.”

Though incarcerated in a facility similar to a prison, the children detained on administrative immigration charges have not been convicted of any crime. The U.S. Office of Refugee Resettlement oversees the care of immigrant children held in federal custody.

“I take these allegations very seriously and directed members of my administration to immediately look into these claims of abuse and mistreatment,” he said. “The safety of every child being held there is of the utmost importance.”

The Shenandoah lockup is one of only three juvenile detention facilities in the United States with federal contracts to provide “secure placement” for immigrant children who had problems at less-restrictive housing.

On average, 92 immigrant children annually cycle through the facility nestled in the mountains outside Staunton, most of them from Mexico and Central America. The local-government commission that runs the center received $4.2 million in federal funds last year to house children ages 12 to 17 facing deportation proceedings or awaiting rulings on asylum claims.

Of the 22 federal detainees held at Shenandoah in June, three told investigators they had experienced abusive behavior by staff. According to the state report, local child protective services investigators reviewed those complaints and determined they “did not meet the legal definition of abuse or neglect.”

The state investigators were only allowed to interview the federal detainees while a member of the facility’s staff was in the room. They also reviewed case files, medical records and other documents related to the current detainees, but were barred from making copies or keeping handwritten notes.

“The report confirms our long-standing dedication to being a well-run facility that treats our residents with respect and dignity,” the facility’s statement said.

A spokeswoman for the Department of Health and Human Services, which includes the federal refugee resettlement responsible for housing detained immigrant children, said the agency treats any allegation of abuse “with the utmost seriousness.”

“The Office of Refugee Resettlement has strong policies in place to combat incidents of abuse at every shelter under its purview,” said Caitlin Oakley, the HHS spokeswoman. “Any assertion to the contrary is misguided and inaccurate.”

A separate class-action lawsuit filed on behalf of immigrant children housed at a nonprofit facility in Texas alleged the residents were routinely administered psychotropic drugs without their parents’ consent, keeping them in a sedated “chemical strait jacket.” Last month a federal judge found staff at the Shiloh Treatment Center outside Houston had violated federal law by drugging the children.

While the Virginia investigators said they found no evidence of the beatings and other severe abuse described in the 2017 lawsuit, their report does confirm that staff at the facility are trained in the use of restraint chairs and “mesh spit guards” for “out-of-control residents who cannot be safely restrained by less intrusive methods.”

Such restraint devices are legal in juvenile detention facilities in Virginia, though regulations say they can never be used as punishment and are only appropriate “to ensure the safety and security of residents, staff and the facility.”

In two of the instances reviewed by investigators, the report says staff members were disciplined for using restraint techniques that did not follow state guidelines. However, those incidents, which were not detailed in the report, did not involve restraint chairs.

While some teens cited in the lawsuit reported being left in the restraint chair overnight or isolated in their cells for days at a time, the investigators said the documents they reviewed showed no record of that. According to the facility’s records, there was only one documented example of a child kept locked in isolation for 23 consecutive hours.

As part of their findings, the state investigators recommended the facility’s staff receive additional instruction in techniques for de-escalating conflicts and retraining in how to safely strap down unruly teens.