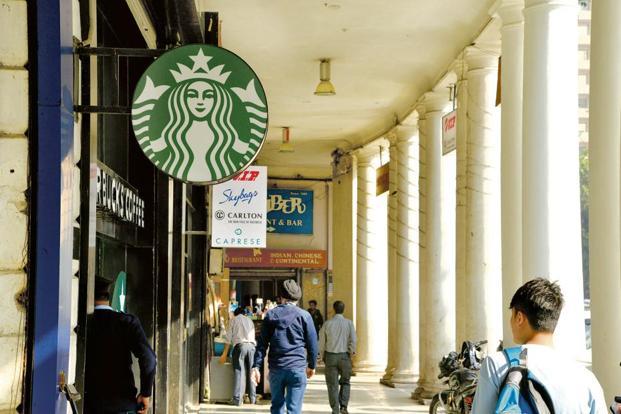 In India, Starbucks has 120 stores which is fewer than most of the 27 countries where it operates. Photo: Ramesh Pathania/Mint

This comes as part of the Starbuck’s long-term goal of making India among its top five markets, in terms of number of stores. In India, Starbucks has 120 stores which is fewer than most of the 27 countries where it operates. India’s largest coffee chain Coffee Day Enterprises Ltd, which operates Café Coffee Day (CCD) outlets, has more than 1,550 stores across the country.

At present, Starbucks has a maximum number of outlets in the US, its home country, followed by China, Canada, Japan and the UK. India, where it opened the first store in October 2012, has a long way to go to be among the top five markets for Starbucks considering the fact that the company operates more than 900 outlets in the UK, its fifth largest market in terms of number of stores.

India’s coffee retail chain market, which was estimated at $107 million in 2015, is projected to touch $855 million by 2025, according to a report by San Francisco-headquartered consulting firm Grand Research Inc.

“We are happy with the growth we are witnessing in India. This year, we’ll open more stores than the previous year. Every market is different, and each market takes its time to mature. We are here for just five-and-half years, and we are already looking at newer cities, especially tier-II and those with population less than five million for new stores. We’re confident India will be among the top five markets in the longer term,” Ghosh said, declining to give a time line. Last fiscal year, Starbucks opened 25 new stores in India.

According to Ghosh, each of Starbucks stores make money in India. Earlier this month, Tata Global Beverages, in its latest annual report said sales at Tata Starbucks rose by 28% in the year ended 31 March 2018. The report further added, “For the first time since inception, the company recorded a positive Ebitda (earnings before interest, tax, depreciation and amortization).” The growth was an outcome of the company’s decision to halt aggressive expansion and focus on profitability during fiscal year ended 31 March 2017 when it reported sales at ₹272 crore with a loss of ₹32 crore.

While Ghosh is upbeat about Starbucks’ potential, real estate cost and lack of infrastructure remain two key concerns for retail expansion. “That’s why we are not in a hurry, but certainly opportunistic,” he added.

Starbucks’ operations in China and Asia-Pacific together account for about 13% of global revenue, where it targets to open 1,100 new stores in the current fiscal year that will end on 1 October 2018, the company said in a statement to investors. Of these, 600 will be in China. “China is a different market and Starbucks has been there for 15 years with about 3,000 operational outlets. It’s not fair to compare China with India,” Ghosh added.

On the other hand, Starbucks has been sourcing coffee beans from India for its stores in India. “We have plans to take these to markets outside, including the US,” he added.