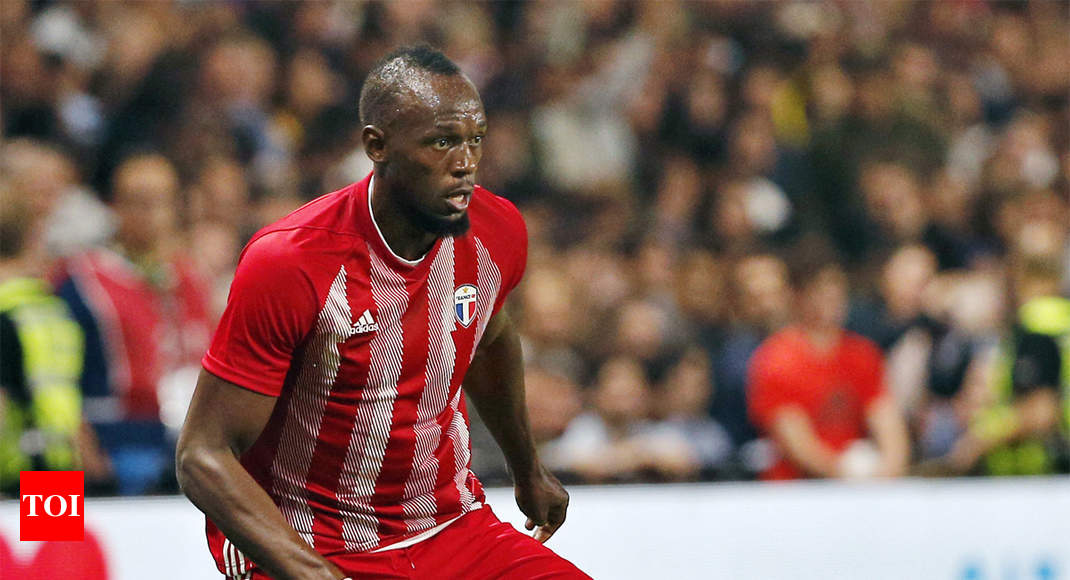 SYDNEY: Eight-time Olympic champion Usain Bolt will join the A-League’s Central Coast Mariners for an “indefinite” training period as he works to realise his dream to become a professional footballer.

The 31-year-old, who retired from athletics last year, is an avid Manchester United fan who has long wanted to play top-flight football.

He has already tried out with teams in Germany, Norway and South Africa, to no avail.

Undeterred, the Mariners have agreed to see what he has to offer and the sprint legend is set to arrive at their training ground in Gosford, 75 kilometres (47 miles) north of Sydney, later this month.

“The agreement between the Central Coast Mariners and Usain Bolt does not guarantee a professional playing contract,” the club said on their website late Tuesday.

“But (it) does provide the eight-time Olympic gold medallist with an opportunity to achieve his burning desire to play football professionally.”

Bolt was thrilled to be given another chance to showcase his abilities ahead of the A-League season starting in October.

“I am very excited about coming to Australia and would like to thank the owner and management of the Central Coast Mariners for giving me this opportunity,” said the Jamaican.

“It has been my dream to play professional football and I know that it will involve a lot of hard work and training to get to the level required to play and make an impact in the A-League.

“I always say that ‘anything is possible, don’t think limits’ and I look forward to the challenge.”

Bolt dominated sprinting since taking double individual gold at the Beijing Olympics in 2008. He went on to win a further six Olympic golds and pick up 11 world titles.