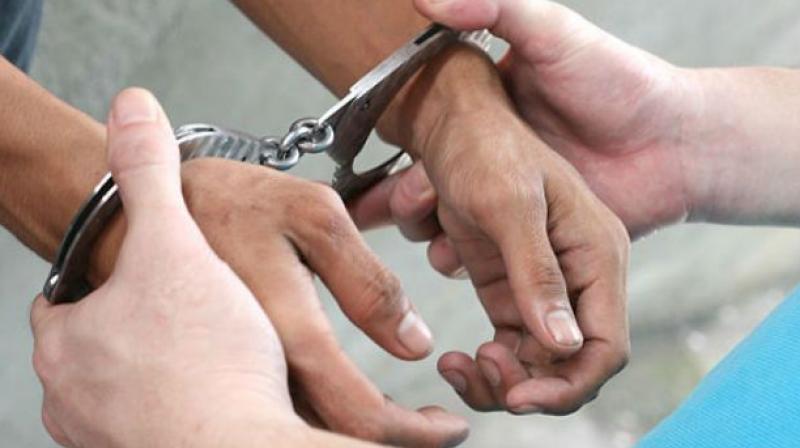 Hyderabad: Sleuths of Special Operations Teams of Rachakonda-Malkajgiri conducted raids on a brothel house in Kushaiguda and nabbed its organisers, two customers and rescued three victims. The officials seized Rs 2,800, six mobile phones and a pack of condoms from them.

The arrested were identified as Gangula Madhumati, 30, a  housewife and the main organiser, Kasukurti Padma, 34, and two customers Puli Shekar, 30, and Kadiyala Mahender.

“During interrogation, Madhumati and Padma confessed that they were running the brothel at Road number 5 of V.N. Reddy Nagar for the past few months and procuring sex workers from various parts of the city and paying them Rs 10,000-20,000 a week. They used to collect up to Rs 5,000 from each customer,” SOT inspector G. Naveen Kumar said.

The rescued victims were sent to a shelter while the accused persons were produced in the court. The organizers and customers were handed over to Kushaiguda police for further action.