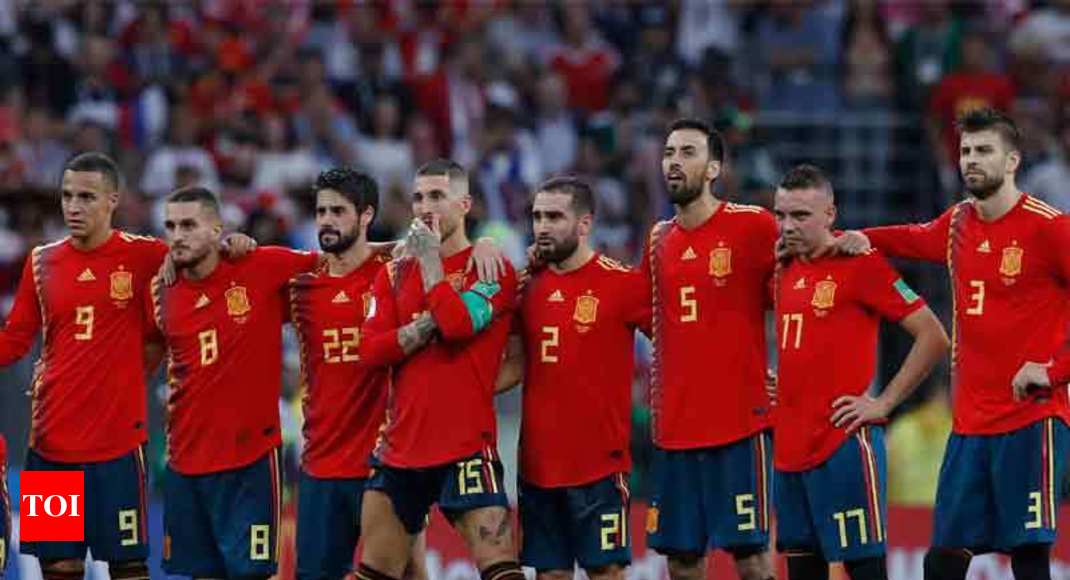 The fundamental difference between philosophy and faith is that while the former encourages one to find the truth by questioning and reasoning, the latter forces one to be loyal to certain beliefs and rituals even if they seem unreasonable. It’s hard not to wonder whether tiki-taka — the famed possession-based playing style — has ceased to be a footballing philosophy for the Spanish national team and morphed into a faith which becomes counter-productive. Obituaries of tiki-taka were written in the past also but never did it look more relevant than on Sunday when a fastidious Spain passed, passed and passed against Russia but with no real zeal as they surrendered to a resolute Russia in penalty shootout to go out of the World Cup in the Round of 16.

Spain attempted an astonishing 1137 passes and completed 1031 with a success rate of 91 percent. They will surely be judged as the best passing side of the tournament but that would count for nothing now as they return home.

It’s ironic that even with a 79% ball possession, Spain found the back of the net through an own goal from a set-piece. Captain and centre-back Sergio Ramos played the most number of passes, 55, to the player closest to him, the left-back Jordi Alba. Russia were happy to sit back as they knew these horizontal passes were not going to hurt them.

It is true that Spain dominated world football from 2008-12 with tiki-taka as the fundamental principle. But they were no one-trick ponies when they won two Euros (2008, 2012) and the long-awaited first World Cup in 2010. There were players who brought their own individuality to the table. David Villa constantly created menace cutting in from the left wing and he was not averse to go for a snap shot from outside the box even if the ‘rulebook’ said he should have passed.

Then there was Fernando Torres playing off the shoulder of the central defenders and latching on to clever through balls from the midfield, like he did to finish off Xavi Hernandez’s assist in the 2008 Euro final against Germany.

The likes of Villa and Torres have not been replaced yet and Diego Costa, though he started the tournament with a bang scoring a brace in the draw against Portugal, largely remained peripheral to the proceedings against Russia. A forlorn figure in the Russian penalty area, he received just 14 passes as the ball traversed back-and-forth in the midfield area aimlessly. Isco, for all his nimble-foot wizardry and mesmeric turns, came up short when called up to play the role of the lead creator and David Silva looked a spent force.

The lack of speed was apparent and there was no one making overlapping runs through the wings like Alba did in his coming-of-age tournament in Euro 2012. And there was no one to catch the opponents off guard with a 40-yard diagonal like Xabi Alonso did. On a day when coach Fernando Hierro benched Andres Iniesta for the youth of Marco Asensio, it took the veteran’s introduction in the second half for Spain to look a creative force going forward. The Xavisized void in Spanish midfield is only going to get bigger with Iniesta also calling it time.

It is yet to be understood the effect Julen Lopetegui’s sacking has had on Spain’s campaign. The now Real Madrid manager took over after Spain’s 2016 Euro failure and promised to be flexible with his tactics that possession would not be held in as much esteem as it did previously. But with Lopetegui-Real Madrid drama unfolding just two days before Spain’s first match and Hierro taking over, Spain went back to the tried and tested tiki-taka. But unfortunately for the La Roja, it had a history of failure also. And history does tend to repeat itself. For now, let’s leave the last word to the former French international Bixente Lizarazu who once said “tiki-taka is love without sex,” and it is fair to say Spain’s trip to Russia never consummated.