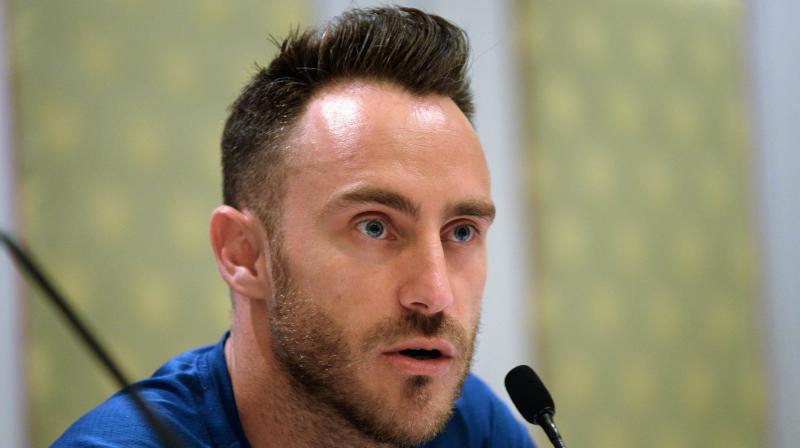 Rabada’s punishment of three demerit points for deliberate physical contact with Smith in the second Test in Port Elizabeth was reduced to one point, overturning a two-match ban that would have seen him ruled out of the series.

Smith claimed in an overnight interview with Australian journalists that the contact with Rabada in the second Test in Port Elizabeth had been “a little bit harder than it actually looked on the footage”.

The Australian captain said he was surprised he had not been asked his opinion before the ruling was made and also claimed that a “line in the sand” had been drawn regarding physical contact.

“The ICC have set the standard, haven’t they? There was clearly contact out in the middle,” said Smith.

“I certainly won’t be telling my bowlers to go out there and after you take a wicket go and get in their space. I don’t think that is on and part of the game. But the standard has been set.”

Du Plessis, though, praised the appeal process, saying it was good for cricket.

“I don’t see a problem with having a fair system where a neutral guy sits and listens to both parties,” he said.

“I was there and I said to our people that even if we didn’t win the case I was very impressed with the judge and how he listened to both sides. He was very fair with the questions he asked. I think that process is really good.”

Du Plessis dismissed Smith’s comment about not being called to testify, ahead of the third Test in Cape Town with the series locked at 1-1.

“He wasn’t charged. If he was charged he probably would (have been) asked. KG (Rabada) was charged, he was defending himself and the judge has to decide if he sees that it was intentional.”

Asked whether he thought Rabada had made deliberate contact, Smith said: “It’s not my place to make that judgment. It’s been handed down now and it is what it is.

“I said yesterday the contact was harder than it actually looked on the TV, whether it was intentional or not is not for me to decide.”

Smith denied there was a deliberate attempt to goad Rabada as had been suggested in reports of a pre-tour interview he had given in Australia.

“For us it is about playing the game the way we’ve always played it,” he said. “We’ll speak out in the middle, we won’t do anything I guess to antagonise him into making the sorts of mistakes he’s been (making). That’s up to him if he wants to make those errors.”

Smith said Australia would field an unchanged team for the eighth Test in a row and said both Mitchell Starc and Mitchell Marsh had overcome injury concerns with a “good hit-out” at practice on Tuesday.

Du Plessis said two positions were being debated in the South African camp with a fit-again Temba Bavuma challenging for a batting place ahead of Theunis de Bruyn and fast bowler Morne Morkel possibly replacing Lungi Ngidi, who had a “toe niggle”.

Both captains said they had discussed with new match referee Andy Pycroft about the spirit in which the game should be played.