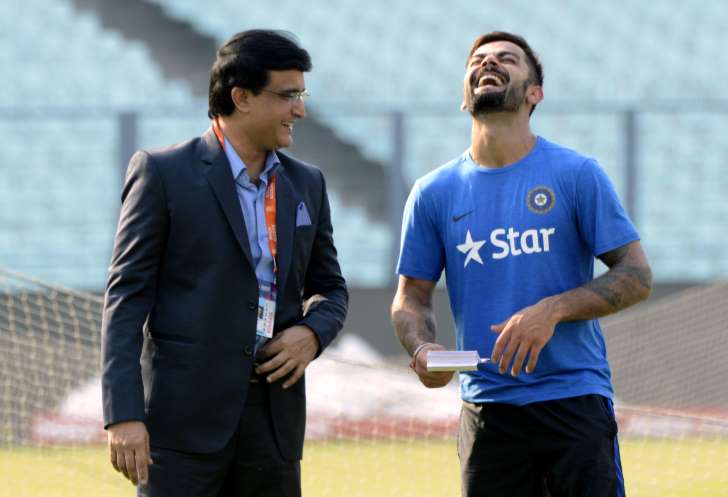 After Virat Kohli constructed his 34th One Day International century, former India captain Sourav Ganguly has installed him in the league of six great batsmen.

On Wednesday (February 7), at Newlands Cricket Ground in Cape Town, Kohli hit 160 not out as India thrashed South Africa by 124 runs to take a historic 3-0 lead in the six-match series.

This was Kohli’s second ton in the series after his 112 in the opener in Durban. So far he has accumulated 318 runs. The fourth ODI is in Johannesburg on Saturday (February 10).

Writing in his column for The Times of India newspaper, Ganguly hailed the “Men in Blue” for their “superb” performance in the third ODI.

“It has been a superb performance from India. To see them 3-0 up in a six-match ODI series in South Africa, especially after losing the Test series, speaks volumes of the character shown by Virat Kohli and his boys,” he wrote.

“What is there to say about Virat? I have been fortunate enough to play with and against the likes of Sachin Tendulkar, Rahul Dravid, VVS Laxman, Virender Sehwag, Ricky Ponting and Brian Lara, and this man is right up there with all of them. What stands out for me is not just his amazing control and his ability to adjust but also the energy and intensity he brings to his batting in each and every innings,” he added.

Kohli, on his way to 160 not out, broke few records including Ganguly’s. He now has 12 ODI tons as India captain, overtaking Ganguly’s 11. The Delhi right-hander needed just 43 innings against the Kolkatan’s 143 visits to the crease.

This is also the first time that an Indian ODI team has won three successive matches in a bilateral series in South Africa.