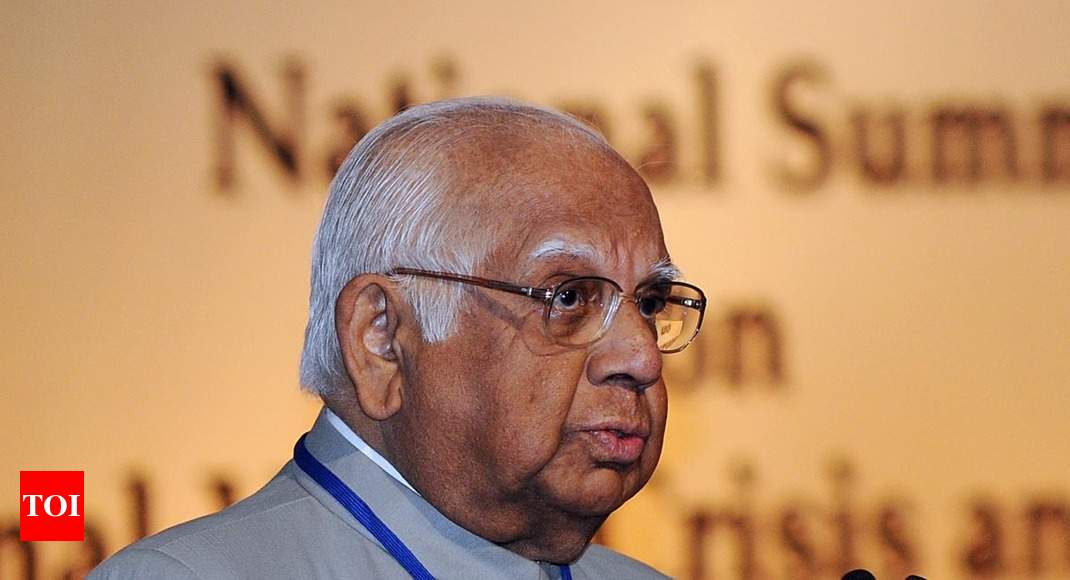 KOLKATA: Former Lok Sabha speaker Somnath Chatterjee was put on ventilator support after he suffered a heart attack, but was “stable”, an official of a private hospital said on Sunday.

“He is undergoing dialysis. In such cases it happens at times that the heart stops giving support. Chatterjee suffered a mild heart attack this morning, but was revived. He is in the ICCU. He is stable and responding to treatment but still on ventilation,” the official said.

Eighty-nine-year-old Chatterjee, who is suffering from a kidney-related ailment, was admitted to the hospital on Tuesday.

Last month, the former speaker had suffered a haemorrhagic stroke.

“He has been under treatment for the past 40 days. Chatterjee was discharged from the hospital just for three days after his health showed signs of improvement. However, his condition deteriorated last Tuesday and he had to be hospitalised again,” the official said.

A 10-time Lok Sabha MP, Chatterjee was a central committee member of the CPM, which he had joined in 1968.

The veteran leader was expelled from the CPI(M) in 2008 for refusing to resign as the Speaker after his party withdrew support to the UPA-I government.