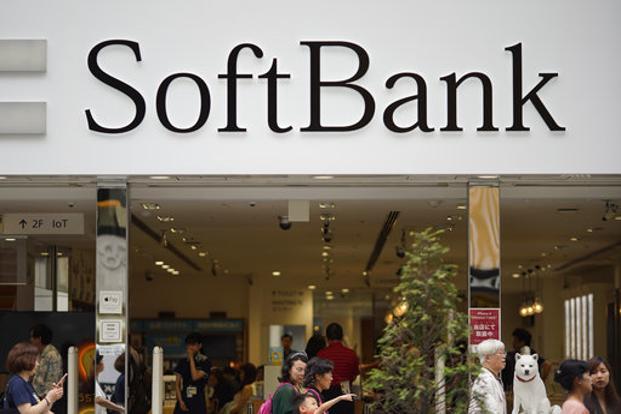 A $30 billion-IPO would make SoftBank Mobile the largest listing ever. Photo: AP

London: SoftBank Group Corp. is considering seeking a valuation of about $90 billion for its Japanese wireless business in a planned initial public offering, people familiar with the matter said. The shares rose the most in two months.

SoftBank is speaking to advisers about selling a third—or about $30 billion—of the business in the IPO, the people said, asking not to be identified as the talks aren’t public. Discussions are preliminary and the final valuation will depend on investors’ feedback, they said. SoftBank rose 6.5% in Tokyo, the biggest increase since June 9.

A $30 billion-IPO would make SoftBank Mobile the largest listing ever. Alibaba Group Holding Ltd. made its market debut in 2014 with a $25 billion offering, the biggest so far. SoftBank is seeking a higher price-to-earnings premium for its wireless business than its closest publicly traded peers, NTT Docomo Inc. and KDDI Corp., the people said. Shareholders believe the cash-rich company’s guaranteed dividend yield as well as its technology partnerships and the benefits of being linked to the parent firm, may help achieve that higher valuation, they said.

NTT Docomo ended Monday with a market value of almost $100 billion, while KDDI was at about $70 billion.

The SoftBank unit could be listed in Tokyo as early as the fourth quarter, the people said. Other companies coming to market this year with high expectations on valuations have found investors don’t always agree with them. Chinese smartphone maker Xiaomi Corp. currently has a market value of almost $50 billion following its debut in July, or just half of the figure touted when it began the process in 2017.

SoftBank founder Masayoshi Son said in his investor presentation Monday that he’s working toward a listing on the Tokyo Stock Exchange. The division’s free cash flow more than doubled to 154 billion yen ($1.4 billion) in the three months ended June.

Revenue from domestic telecom operations, which include wireless, broadband and fixed-line services, rose 4.6% to 880.5 billion yen in the quarter. Profit was little changed. SoftBank had 33.6 million mobile subscribers, an increase of 434,000 from the previous quarter.

The internet has been at the heart of Son’s vision of the future for years. During the advent of mobile internet via the smartphone, the billionaire got exclusive rights to sell the iPhone in Japan.

But recently, Son has begun turning SoftBank into a giant investment portfolio — with money injected into industries ranging from ride-hailing to co-working spaces — while looking to offload mobile assets. In April, SoftBank agreed to sell a controlling stake in Sprint Corp. — its U.S. telecommunications business — to T-Mobile US Inc.

SoftBank’s first-quarter earnings results released on Monday gave an early taste of what Son is aiming for. Operating profit rose 49%, fuelled mainly by investment gains, including a 245 billion yen boost from the Vision Fund and 161 billion yen from the sale of subsidiary ARM’s Chinese unit. The fund’s contribution was mainly due to a valuation gain from the planned sale of Flipkart Online Services Pvt, the leading Indian e-commerce player, to Walmart Inc. and increase in fair value of WeWork Companies Inc.

“On the positive side, there’s the impressive performance of the Vision Fund’s investments, a performance which essentially showcases Son’s deal-making capabilities,” Pelham Smithers, whose London-based firm offers equity research on Asian technology companies, wrote in a note to clients. “The mobile business is doing much better than feared, though performance may be dressed up, ahead of October’s anticipated IPO.”