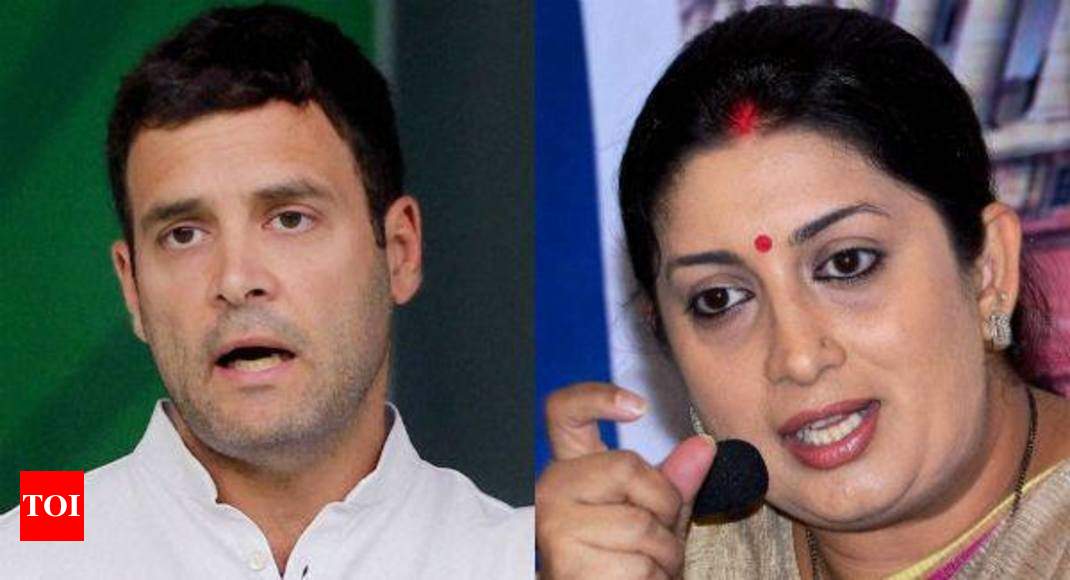 NEW DELHI. Union Minister Smriti Irani hit back at Congress president Rahul Gandhi over his remarks about BJP being a party only for men.
Accusing Rahul of besmirching women associated with the BJP and its parent organization RSS, Irani claimed that the Congress chief had plummeted to new depths.

“To disrespect women just because they are associated with BJP or RSS shows the level to which Rahul Gandhi will fall,” ANI quoted Irani as saying.

Defending her party against the allegations made by Rahul earlier in the day, the Textiles minister reminded him about the significant positions BJP women have been given in the Modi government.

“Rahul needs to be responsible when he makes sweeping and baseless allegations. Today, the highest number of women MPs, MLAs, Mayors etc are in the BJP. We permitted women pilots to fly fighter planes of Indian Air Force,” Prasad said.

“Our party under the leadership of PM Modi has always pushed for gender justice. If Rahul can’t see these things, then I have to say that making false allegations has become part of his politics” he concluded.

While addressing the women conclave in Delhi, Rahul had attacked the Modi regime for being insensitive towards women’s issues.

“Not one woman can enter the RSS, not today, never. This is their ideology. The RSS and BJP leadership believes that only place for women is at the back. Our daughters need to be saved from BJP MLAs,” he said.

“The kind of statements Rahul ji gives, it appears he has lost his mental balance. Congress party needs to fix their president’s mental condition,” Shukla said, as quoted by ANI.