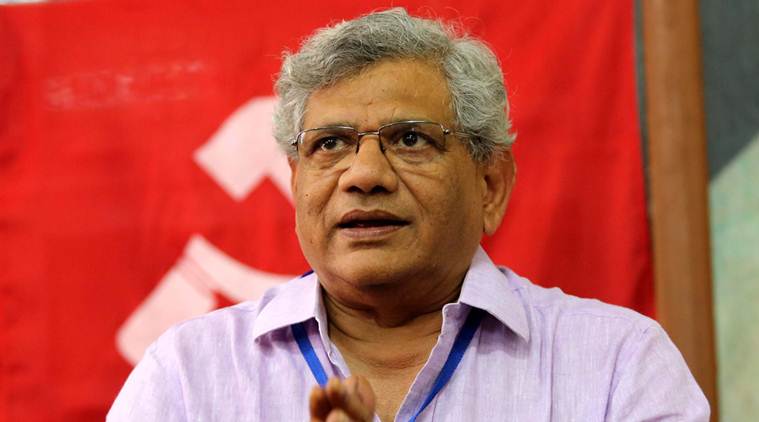 Addressing an open session at the 21st State conference of the party, Mr. Yechury attacked the BJP government at the Centre for its ‘anti-people’ policies. Quoting the Ramayana, he said even the horse of Rama’s rajasuya yajna was stopped by two brothers. Similarly, labourers and farmers could unite and stop the progress of the “divisive anti-people BJP regime”.

The voice of the communists cannot be throttled, he said. Even Hitler and Indira Gandhi had failed to suppress the communist movement. The present government too would fail in its efforts.

He reiterated that although Mr. Modi called himself a ‘choukidar,’ he had failed to protect the country and the interests of its people. Before coming to power, the BJP had promised to create two crore jobs every year. But now more than 96,00,000 had actually lost their jobs due to demonetisation and GST. “The PM had promised to make procurement price one-and-a-half times the total investment on a crop, which he seems to have forgotten after coming to power.” During the past four years, around 80,000 farmers had committed suicide in the country.

He alleged that in past three years, loans of ₹3 lakh crore taken by capitalists had been waived by the banks, but all sorts of problems cropped up when the issue of loan waiver for farmers came up for discussion. The government claimed it had no resources for agriculture or to generate employment, while capitalists were not repaying ₹11 lakh crore in bank loans.

Asked by newsmen about the CPI(M)’s stance in Odisha, Mr. Yechury said the State needed people-friendly governance. But the first task was to remove fundamentalist forces from power.

He said the BJD had invited him to attend the Biju Patnaik centenary celebration. He, however, was evasive about the possibility of an alliance with the BJD. Politics, he said, was not arithmetic, where two and two always made four.