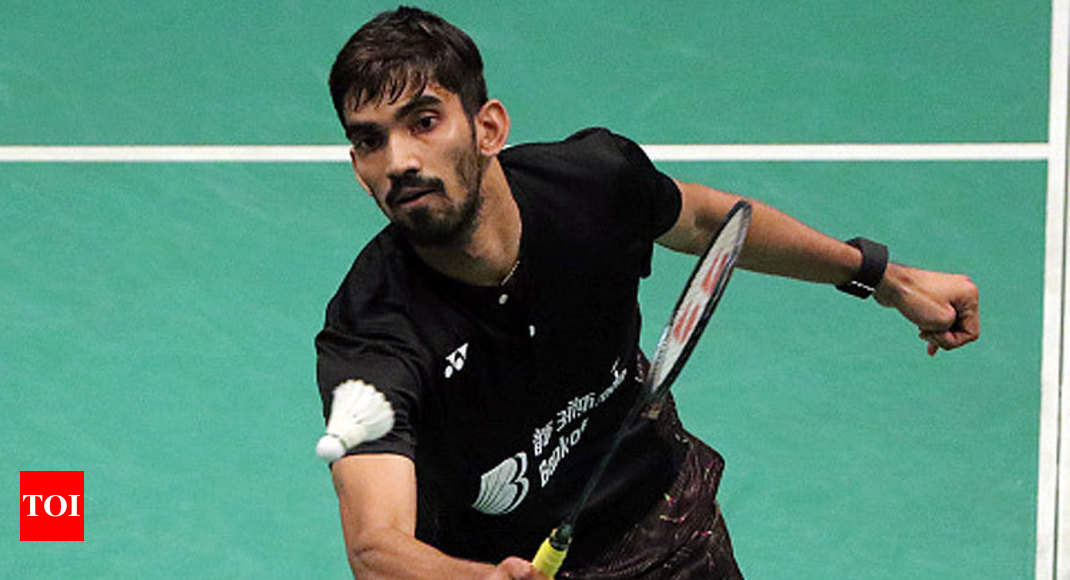 KUALA LUMPUR: India’s top shuttlers PV Sindhu and Kidambi Srikanth went down fighting in their respective women’s and men’s singles semifinals to draw the curtains on the team’s campaign at the USD 700,000 Malaysia Open Super World Tour 750 tournament on Saturday.

First, Srikanth failed to match the overall superior game of former world no 2 Japanese Kento Momota, who has been in sensational form since making a comeback after serving a one year ban for illegal gambling.

Sindhu, too, met the same fate, against defending champion and world no 1 Tai Tzu Ying, who showed better technical acumen and physical ability.

It was Srikanth’s sixth defeat to Momota in nine meetings, while Sindhu has now lost nine times to Tai Tzu, this being her fifth successive reverse.

Sindhu and Tai played some high-quality rallies, which were laced with drop shots and tight net strokes.

The duo moved together initially before Tai Tzu opened up a 9-6 lead. Sindhu reduced the deficit but in the end, Tai Tzu led 11-9 when she punched one precisely at the back line.

Tai Tzu looked supremely fit, extremely confident and played quick drops, smashes and also tried out some ambitious strokes to move to game point at 20-15. Another error from Sindhu and it was advantage Tai Tzu after the opening game.

After the change of sides, Sindhu managed to zoom to a 5-0 lead. However, Tai Tzu drew parity at 9-9 before leading 11-10 at the break.

Sindhu kept breathing down her opponent’s neck and led 18-16 with four straight points.

However, Tai Tzu again erased the deficit and moved to a minor 19-18 lead when Sindhu went long. But the Indian grabbed a game point when Tai Tzu went wide. A similar error and Sindhu had bounced back into the contest.

In the decider, the duo split the first eight points. But Tai Tzu again marched ahead to 10-6 before a lucky net chord handed the lead to the Chinese Taipei shuttler.

After the final change in sides, Tai Tzu played some perfectly timed shots at the backline to race to a 16-8 advantage. Tai Tzu simply toyed with Sindhu as the Indian made judgement errors and missed the lines, sandwiched with some brilliant returns.

In the other match, Momota produced some excellent shots mixed with deception, to dominate the rallies. His smashes had power and precision to make life difficult for Srikanth.

Srikanth and Momota went neck and neck from 3-3 to 5-5 before the Japanese rode on his deception and better court coverage to open up a 10-7 lead. Srikanth won a good rally but the Japanese had his nose ahead at the break when Srikanth was bamboozled by a tight net shot.

The left-handed Japanese produced some superb shots from the back of the court to move to a 13-8 lead. Momota continued to accumulate points, surging to 17-12.

Srikanth misjudged a shot at the back line to hand over game points to Momota, who sealed it with another precise net shot.

With Momota in full flow, the margin for error was miniscule and the Japanese pounced on every opportunity, before leading 5-1 after the change of sides.

Srikanth built the rallies well but often erred with the length or miscued strokes, helping Momota moved into the breather at 11-5.

The Japanese continued to rule the roost and quickly grabbed seven match points when Srikanth found the net. Another net error and it was all over for the Indian.