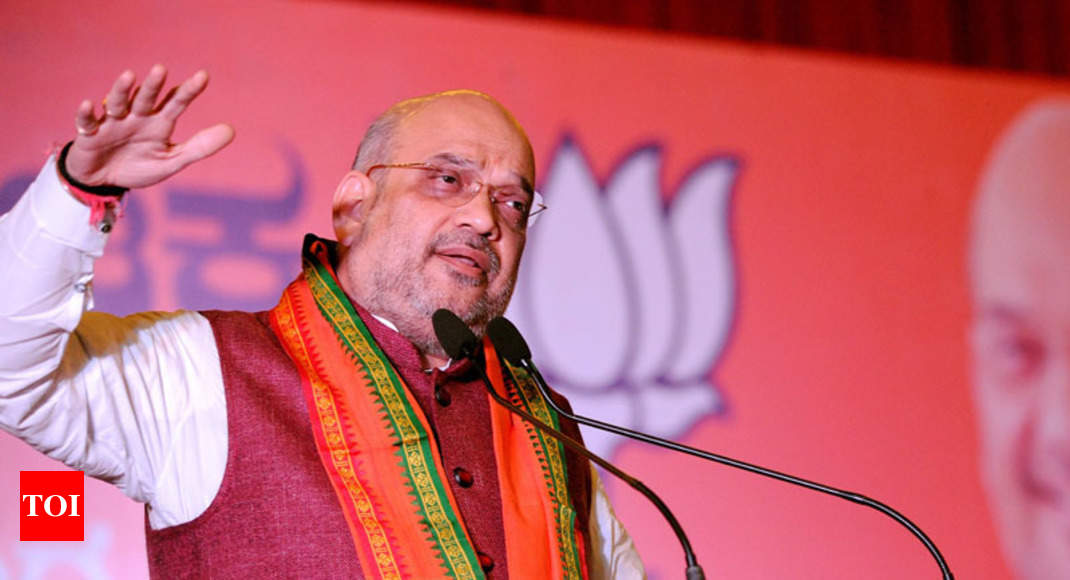 NEW DELHI: BJP president Amit Shah on Monday batted for holding Lok Sabha and assembly polls together, saying it would check expenditure and ensure that the nation is not in “election mode” throughout the year.

In a letter to the Law Commission, he said holding simultaneous polls is not only a concept, but a principle which can be implemented.

Amit Shah said the claim that holding two sets of polls was against the federal structure of the country is a “baseless” argument.

On the contrary, he said, it would strengthen the federal structure of the country.

In his eight-page letter, the Bharatiya Janata Party chief said the opposition to simultaneous polls seems to be politically motivated.

The law panel, which is examining the feasibility of holding simultaneous polls, had sought the views of the political parties before finalising its report.

Both the BJP and the Congress had stayed away from consultation organised by the commission in this regard last month.

The Congress had met the Commission top brass recently where it had opposed the concept of simultaneous polls.

Prime Minister Narendra Modi has all along supported the concept of simultaneous polls.