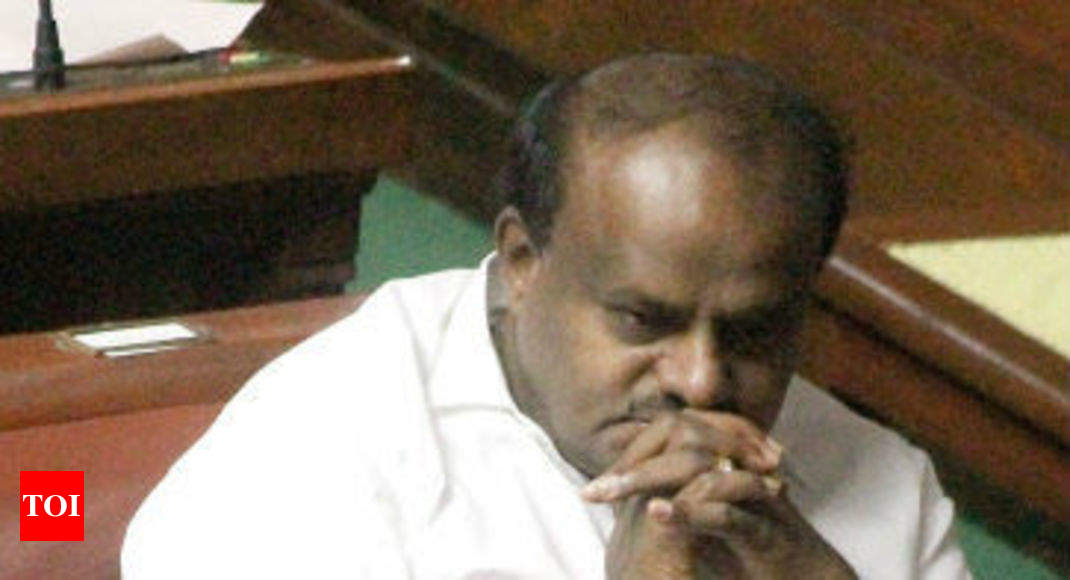 Replying on behalf of the government at the legislative council, on the motion of thanks for governor Vajubhai Rudabhai Vala address to the joint session, Kumaraswamy dismissed all rumours of the instability in the coalition government of the JD(S) and Congress.

“There has been a lot written and spoken about by the media and even dwelled into by the opposition over the differences between me and Siddaramaiah, making it difficult for the coalition to survive. You may have a different opinion, but I believe that the same Siddaramanna (Siddaramaiah) whom you consider will be key in pulling down this government will help it survive,” said Kumaraswamy.

The CM’s statement came in the face of repeated barrage of attacks by the opposition MLCs that the coalition itself does not have the confidence of survival, with contradicting statements being made by senior leaders in the JD(S) and Congress.

“At one end, Siddaramaiah makes statements on the budget not being required, deputy chief minister G Parameshwara says it is the right of the new government to present a new budget. CM H D Kumaraswamy says he will be presenting a full budget. Now, such statements do not exude confidence of all is well within the coalition and people doubt that this government may not last the full five years term,” said opposition leader Kota Srinivas Poojari, earlier in the council.

However, responding to this, Kumaraswamy reminded the opposition that he has been a two-term CM now and has the requisite experience to keep the flock together and ensure the government survival.

“I have the experience now and have the ability to take this coalition forward. I am in a better position to convince every MLA in this coalition after the bitter experiences of the past,” said a sarcastic Kumaraswamy, hinting at the alleged difference of opinion between him and the BJP in 2006, when he was the CM the first time.

Kumaraswamy said the coalition government has been given the opportunity to prove its government not looking at 37 JD(S) MLAs but the entire 120 MLAs, including the 80 from Congress party.

Earlier, on the doubts with regard to the loan waiver and the BJP threatening to go to the streets if the promised farm loan waiver will not be done in totality, Kumaraswamy said the opposition was free to do as they wish.

Kumaraswamy admitted that there is a deficit in the state exchequer to waive off farm loans and that it is a big challenge to the coalition.

“There is the pressing need of releasing funds for the 6th pay commission, to complete several irrigation projects promised in the Congress term etc. But rest assured we will do what we promised. In the first phase, the crop loans will be waived,” he said.