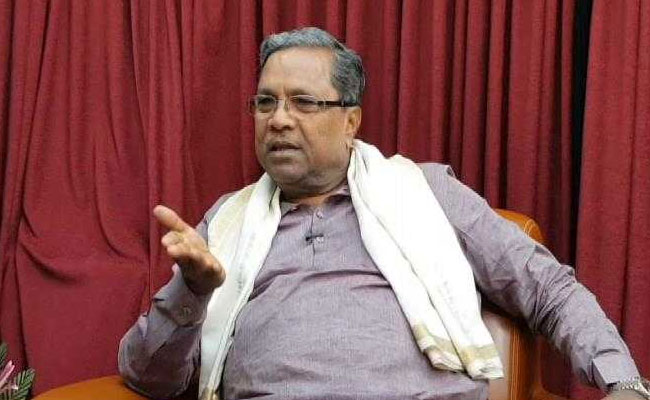 Bengaluru: Congress working president, S.R. Patil’s resignation has triggered a fresh round of speculation that the camp owning allegiance to Congress Legislature Party (CLP) leader, Siddaramaiah, is making a last ditch effort to ensure the creation of one more Deputy CM post ahead of the swearing-in of ministers scheduled for June 6, or else insist on the KPCC president’s post for north-Karnataka region.

Speaking to Deccan Chronicle, a senior leader in the Congress said Mr Patil is perceived as Mr Siddaramaiah’s close aide as he had given him charge of Badami constituency, where he had contested and won. The source added that a section of Congress leaders have not been able to digest the fact that the party has handed over the state on a platter to the JD(S) for five years.

“Many leaders, especially from south Karantaka are averse to any kind of relationship with the Gowdas or the JD(S). This coalition does not benefit them in any way as the JD(S) voters are traditionally anti-Congress voters, so if the party enters into a pact with the Congress, they will not vote for the coalition.

Hence, it is better to have our plan B ready for any eventuality. The party needs to placate Lingayats in a big way in the event of the Vokkligas deserting us and consolidating in favour of the Gowdas in the next elections,” the source explained.

The source further added that the minority vote bank which had consolidated in favour of the Congress this election, will drift away if the coalition takes off. “Neither the Vokkaligas, nor the minorities or Lingayats will come to our rescue in South Karnataka while the JD(S) and BJP will be the biggest gainers at our expense,” he source claimed.