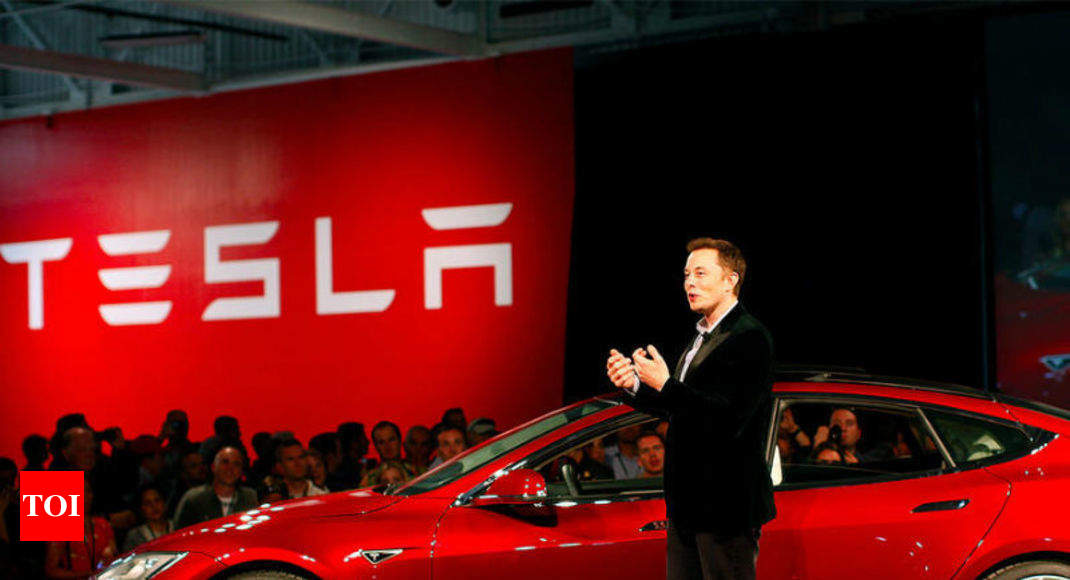 SAN FRANCISCO: A tense and short-tempered chief executive Elon Musk barked at engineers on the Fremont, California assembly line. Tesla Inc pulled workers from other departments to keep pumping out the Model 3 electric sedans, disrupting production of the Model S and X lines. And weekend shifts were mandatory.

Tesla pulled out all the stops in the final week of June to meet its goal of making 5,000 Model 3s in a week, according to employees who spoke to Reuters.

Whether Tesla can do it week in and week out – and without relying on overtime and extra hands – is another question, and one that weighed on investors Monday, as shares slumped 2.3 per cent.

Leading up to Sunday morning’s production milestone, Musk paced the Model 3 line, snapping at his engineers when the around-the-clock production slowed or stopped due to problems with robots, one worker said. Tesla built a new line in just two weeks in a huge tent outside the main factory, an unprecedented move in an industry that takes years to plan out its assembly lines, and said the tented production area accounted for 20 per cent of the Model 3s produced last week.

“They were borrowing people from our line all day to cover their (Model 3) breaks so the line would continue to move,” said a Model S worker on Sunday.

Because of the focus on the Model 3, the S line is about 800 cars behind, the worker said.

“They’ve been throwing Model 3s ahead of the S to get painted to try to assure that they make their goal of 5,000,” the worker said. “The paint department can’t handle the volume.”

Disruption of the Model S and X lines could threaten Tesla’s target of building 100,000 of those vehicles in 2018. Tesla built 49,489 of those cars in the first half of this year.

Asked about the potential S and X impact, Tesla said it also produced 1,913 of those vehicles during the last week of the quarter along with its Model 3s.

“The manager and supervisor are verbally going around and saying: ‘If you don’t come in, you’ll be written up’,” one of the workers told Reuters last week.

Some employees are worried the frenetic pace plus long hours could burn out workers. One employee said they were told to keep working until they met their daily production mark, not when their shifts ended.

“They said starting tomorrow be prepared to work up to 12 hours,” said the Model S employee on Monday. “It’s gonna be basically 12 hours from now on and I’ve got a feeling it’s gonna be six days a week.”

To make its number, Tesla was willing to “spend any kind of money,” a Gigafactory worker said, pointing to the new battery assembly-line flown in from Europe via cargo planes to the Gigafactory in May.

In the morning of Sunday, July 5, about five hours after the self-imposed second-quarter deadline had passed, the number 5,000 flashed on a countdown screen viewed by Tesla’s Model 3 assembly-line workers. The Model 3 itself bore a “5,000” sign in its front window.

Tesla said on Monday that some of its Model 3 production would be on break as part of the July 4 holiday, with production to resume on Thursday. Tesla plans to build 6,000 Model 3s per week by August.

But the worker told to expect longer shifts warned that pushing assembly-line workers too hard could backfire.

“He (Musk) is gonna go through an awful lot of people because people are gonna start getting hurt left and right,” by the fast-moving assembly line, the worker said.

“There’s only so fast a person can move.”