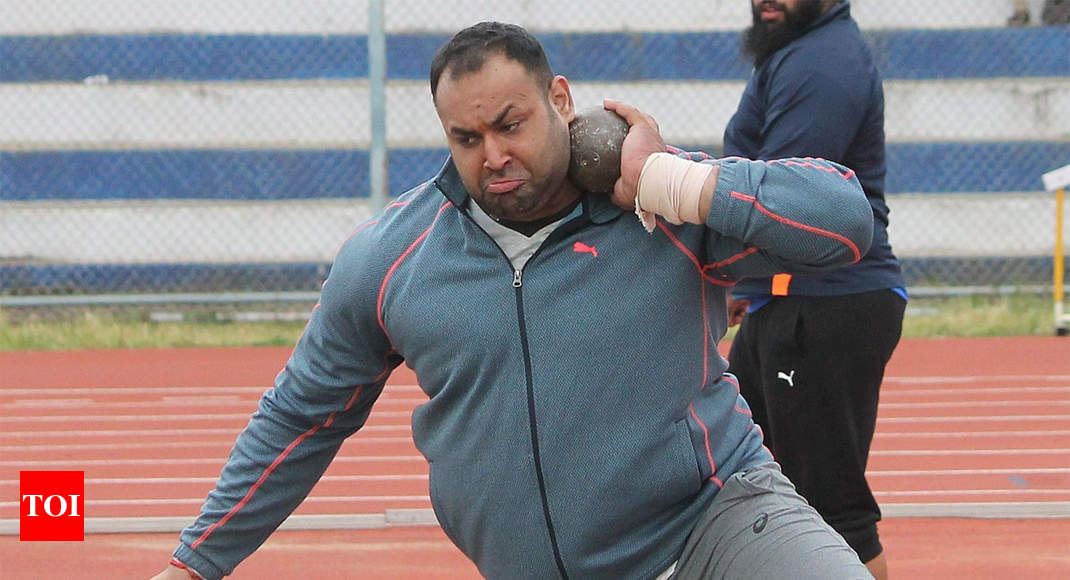 NEW DELHI: The anti-doping disciplinary panel of NADA on Wednesday handed a four-year suspension to shot putter Inderjeet Singh for failing a dope test prior to the 2016 Rio Olympic Games.

The panel though admitted that NADA and NDTL did not follow the standard WADA norms while collecting the sample, as claimed by Inderjeet, but concluded that the athlete could not prove that he didn’t violate anti-doping norms.

Inderjeet, who was one of the first athletes to qualify for the Rio Games, was provisionally suspended on July 26, 2016 after both his urine samples showed ‘Adverse Analytical Finding’ (AAF) for banned performance-enhancing substances — androsterone and etiocholanolone.

The three-member panel concluded that he has violated article 2.1 of anti-doping code. A copy of the verdict is in possession of PTI.

“We uphold the violation of article 2.1, resulting in ineligibility of the athlete for a period of four years, commencing from the date of his provisional suspension,” the panel ruled.

The panel in their verdict observed: “Article 2.1 states ‘It is the athlete’s responsibility that no prohibited substance enters his body. The fact that athlete has earlier tested negative for banned substances is not a valid consideration for evaluating any AAF in current list. His intent, negligence or otherwise is secondary as it is for the athletes to disprove the findings is an AAF.”

“In the present case AAF has been confirmed in both 1st and 2nd sample in each of Sample ‘A’ and Sample ‘B’. If the sample analysis is conducted by a WADA Accredited Laboratory (National Dope Testing Laboratory (NDTL) in this case), unless the athlete disproves the findings, the presumption is against the athlete. The athlete (Inderjeet) has endeavoured to contest the AAF by highlighting departures from established international standard of testing,” the panel wrote in its report.

They however admitted that NADA and NDTL did a shoddy job in sample collection.

“We unfortunately conclude that there were departures in the analysis and collection of samples. We note neither NADA nor NDTL have owned up to the departures and forcefully contested these allegations. Without going into specifics of each deviation, we do not agree with submission of NADA. The procedure clearly deviated from WADA guidelines,” the panel stated urging NADA to relook and upgrade their sample collection and analysis process.

However, NADA and NDTL’s lacklustre approach cannot absolve Inderjeet from his wrongdoing, they said.

“The issue remains whether the deviations had vitiated the entire testing procedure and should culminate into annulling the test results. We are not in agreement with this proposition. Despite their best efforts, the athlete’s experts have not been able to prove that these evident departures from International Standards have actually resulted in AAF,” it concluded.