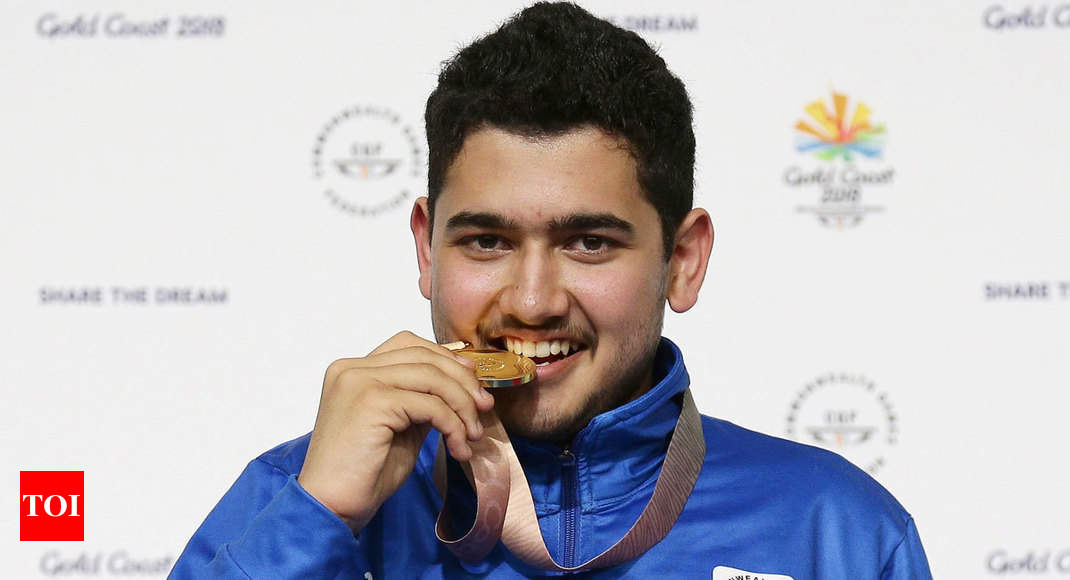 NEW DELHI: Young Indian shooter Anish Bhanwala may be one of India’s best medal prospects at the Asian Games but he is not thinking about it and instead focused solely on his training.

The 15-year-old, who became India’s youngest gold medallist at the Commonwealth Games with a stellar show in the 25m Rapid Fire Pistol event at Gold Coast, said: “Everyone is hopeful of medals but at this moment for me, it is more important to think about my training and the overall development of my game.

“I have full trust in my training and if I replicate what I do in training, I will perform well at the competition,” Anish, who trains for five to six hours each day, said.

“Our national camp is here (at the Karni Singh Range). My training is going smoothly and I am happy with it,” he added.

The super talent from Karnal, Haryana is, however not bothered about the pressure of expectations.

“I try to give my best in each competition. So I am approaching the Asiad with the same mentality,” he added. “I take each competition as it comes, so I will be ready for the Asian Games as well, with the desire to continue the good work I have been doing.”

Anish is also not flustered by the level of competition in the Asian Games, which is generally considered to be more competitive than the CWG.

“Competition level changes almost every tournament. There are good shooters around from various countries and it is not easy. But I always try to raise my game every time I train and compete. So if one takes care of himself, adjust to the conditions and be in the best physical and mental shape, good things will follow,” he concluded.