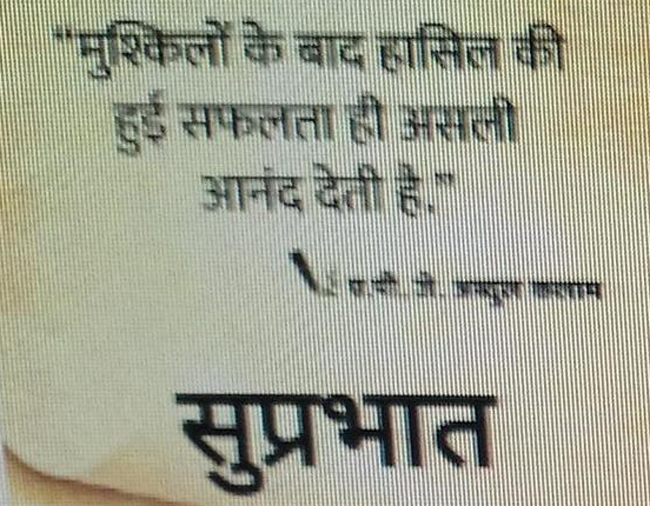 PUNE: Three months ago, the National Rifle Association of India (NRAI) had gone online to make their registration process smoother. So far, the digital registration has helped the shooting body to a great deal in terms of getting the entries faster than the paper forms process, barring a small glitch.

The NRAI recently published a notice on their website www.thenrai.in, warning the young shooters of ‘disciplinary action’ and ‘debarment from participation’ in future tournaments, the reason: selfies.

Many young shooters, who were asked to fill online forms to get their identity cards issued by the NRAI, apparently uploaded selfies instead of formal ‘passport size’ pictures.

If the selfies were still tolerable, one of the national-level shooter uploaded picture of a ‘forwarded message’ in place of his picture, which irked the national body and forced them to post the warning on the official page.

“The idea of going online is to make the registration process faster. There have been shooters who have uploaded their selfies sitting on their scooter or a pouty picture, which cannot be accepted as a formal picture,” NRAI general secretary Rajiv Bhatia told TOI.

“The form for obtaining identity card gets rejected in absence of a formal picture. So we had to post the warning so that shooters’ time is not wasted in filling the form twice,” Bhatia added.

The NRAI warning reads: “It has been observed that some shooters are not attaching proper photos with their applications. No selfies or angular photos are accepted. Passport size photos with white back ground will only be accepted.

“Stern action will be taken if such messages as per attachment are sent with applications. This may lead to disciplinary action and shooter may be debarred from taking part in shooting competitions. Action has already been initiated against the shooter who has sent this message (forward) instead of his photo.”

One of the shooters had uploaded a picture, which looks like a forwarded message