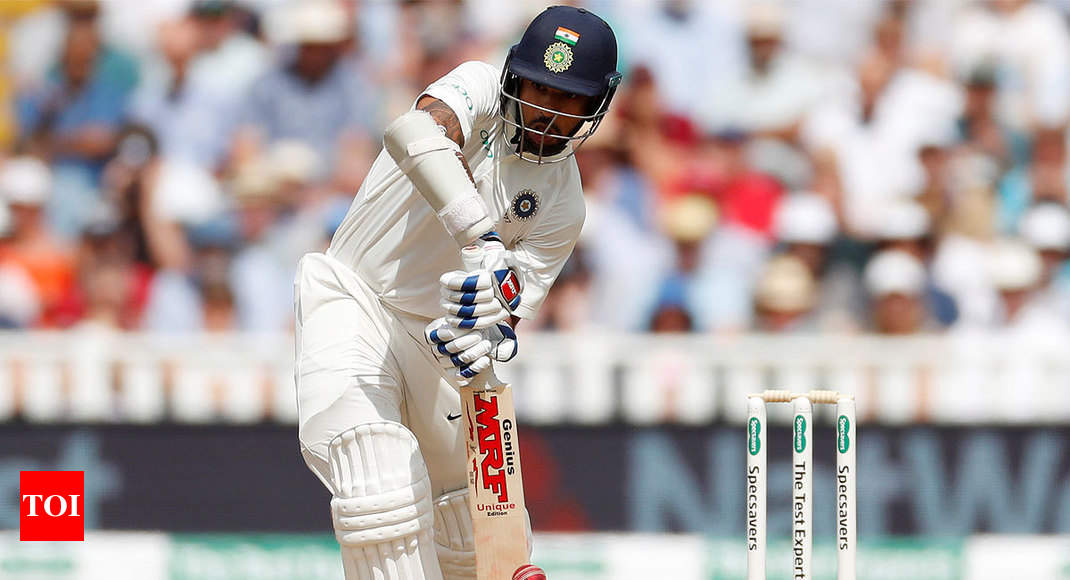 NEW DELHI: Ahead of the third Test against England, former captain Sourav Ganguly has urged the Indian batsmen to show some grit at Trent Bridge where conditions are often conducive to swing bowling.

In his column for the Times of India, Ganguly wrote, “The third Test will test India’s resilience. Virat and his boys have had a tough time, especially at Lord’s, countering the swing bowling but they need to remember that in South Africa they came back strongly to win the third Test. They are 2-0 down, but there are still three matches to go, which is a lot of cricket. If rain does not take three days away, all the games will have results.”

India lost at Lord’s by an innings and 159 runs, with the defeat coming within technically two days as rain played spoilsport throughout the game. England pace spearhead James Anderson has long enjoyed playing at Trent Bridge, having taken 60 Test wickets at an average of under 19.

“Much has been spoken about the capability of the Indian batters to battle it out in difficult conditions, but at Lord’s, it was the supreme ability of Anderson and company which got the better of them. What hurt the Indian fans, however, was the lack of fight rather than the loss. This team is much better than the way they have played so far,” Ganguly added.

Indian captain Virat Kohli — who made exactly 200 runs in a 31-run loss in the first Test at Edgbaston — was in evident pain from a back injury in the second Test at Lord’s.

“Can the Indians fight back? The worry is they have succumbed to the fact that it will be tough. Yes, it will be tough but not impossible. The mind has to believe that. A lot is being said about Kohli’s influence, but he alone will not win matches. Tendulkar did not. India played sensationally well in that era because the players around him scored as well. Vijay, Pujara, Rahane, Rahul, and Dhawan have to believe; they have done it earlier in difficult situations and only that belief can help them change the mental frame they are in,” Ganguly opined.

Opener Shikhar Dhawan averages 17.75 against South Africa and England in two Tests this year, and his overall average in England is 20.12 (four Tests). In these two instances, he has scored at a strike-rate of 68.93 and 57.29, respectively.

“India will need a good start at the top which has not happened yet. Whether a Dhawan instead of Vijay will help them to counter-attack is another question, but whoever is entrusted with the job will need to stand tall and that will provide respite to the middle-order to take the fight back to England. There is a chance that Dhawan might play and if he does, the big booming cover drives have to be put away. He needs mental discipline to play other shots which he is capable of and play much more on the back foot. Will India play Karun Nair as the sixth batsman? That could be a good option,” Ganguly wrote.

Pacer Jasprit Bumrah, yet to play in this series after fracturing a thumb in a Twenty20 international against Ireland in Dublin on June 27, could be recalled at the expense of left-arm wrist-spinner Kuldeep Yadav.

“The bowling looks in good shape with Bumrah coming in. Shami has been the best on show and Ishant has to find the form he showed in Birmingham at the earliest. But Virat has to get the field right. Too many easy singles have been given away, especially off good deliveries in the point region,” Ganguly added.

England changed a winning side ahead of the third Test against India at Trent Bridge by recalling Ben Stokes just 72 hours after he was cleared on a charge of affray.

“England will be even more bolstered by the return of Stokes. His inclusion will not only add more variation to the English bowling but will also add depth to their batting. Trent Bridge is a venue where the ball swings. It is a venue very close to Broad and Anderson’s heart. So a full pronged pace attack could be the way forward for England to beat India again,” Ganguly concluded.