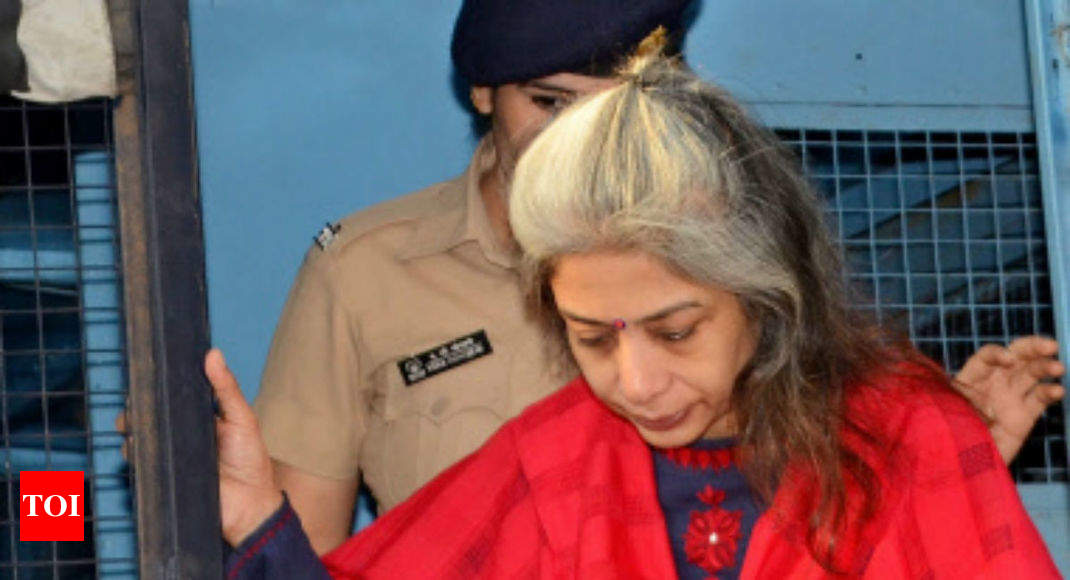 MUMBAI: The CBI on Monday opposed the bail plea of Indrani Mukerjea, the prime accused in the Sheena Bora murder case, saying her release would be “prejudicial to the prosecution”.

Mukerjea had last week moved a bail application in the special CBI court of judge J C Jagdale citing ill-health and a threat to her life.

In its reply, the CBI said the applicant was the prime accused in the murder of her own daughter and had, along with other accused, made all efforts to keep the crime hidden till August 25, 2015.

The agency further contended that Indrani committed the crime with a cool mind in a premeditated and planned manner and, as such, did not deserve leniency from the court on medical grounds.

It also said that releasing the accused at this stage would be prejudicial to the prosecution as she could tamper with evidence and influence witnesses.

The CBI added that there was also an apprehension that she could abscond once she is given bail.

Replying to the defence’s question, Mikhail told the court that between 2012 and 2014, he used to affectionately address Indrani as “mummy” and used to send her messages saying “I love you”.

Mikhail said that Indrani had severed ties with him and her parents after 2014, but denied that his relationship with Indrani soured after she stopped sending him pocket money.

The defence showed Mikhail his text messages to Indrani in which he purportedly abused her.

In reply to this, Mikhail said, “My grandparents’ health had deteriorated… grandmother was bed-ridden and nobody was there to help. Therefore I was frustrated and hence abused her.”

Sheena (24) was allegedly killed on April 24, 2012 but the incident came to light after Indrani’s driver Shyamvar Rai, arrested in another case, revealed it to police in August 2015.

Indrani, her former husband Sanjeev Khanna and Rai were subsequently arrested. Later, Indrani’s husband and media baron Peter Mukerjea was also arrested for allegedly being part of the conspiracy.