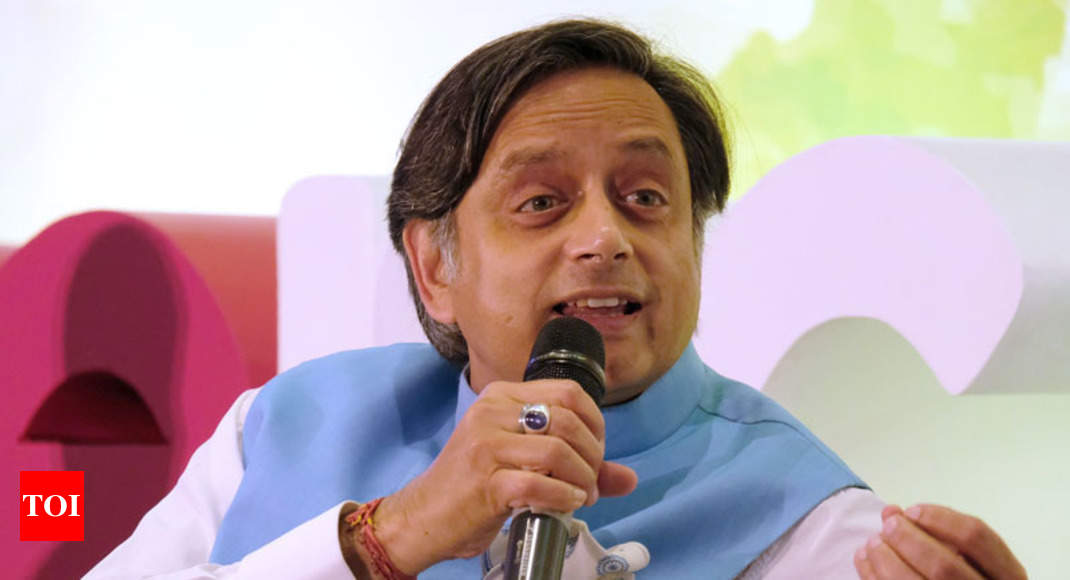 NEW DELHI: Congress MP Shashi Tharoor on Tuesday took on Prime Minister Narednra Modi over his “silence” on cow vigilantism and “rising intolerance” in the country and said the “Hindu rashtra project” being promoted in the name of nationalism would be a fundamental betrayal of India’s past and its constitutional values.

People, he alleged, are being made to go through an “acid test”, and those who do not agree to utter “Bharat Mata Ki Jai” at the insistence of the government are being victimised.

“They (the ruling dispensation) are betraying the central Hindu value of tolerance which has given us six and half decades of communal harmony in the country and they have done so in the name of nationalism which is in itself unpatriotic.

Tharoor, who was delivering the Shihab Thangal memorial lecture, spoke at length interspersed with stories which described the secular values which Thangal uphold. He was a rallying force behind the Hindu and Muslim unity in Kerala, Tharoor said.

“I have great hope that Thangal’s ideas will not succumb to the narrow-minded approach of those who are not just betraying the nation but the very religion they claim have the right to speak,” he said, targetting the BJP and its ideology.

He drew parallel between the writings of English novelist George Orwell on nationalism and the ideas being propagated currently in the country — that of “obsession, instability and indifference to reality”.

Talking of instability in the country, he cited the recent home ministry statistics presented in Parliament, according to which “there have been 70 cases of cow vigilantism in the country, most of which were recorded during the last four years. Besides, there have been a record number of communal incidents”.

Invoking the teachings of Swami Vevekananda, who is often cited by the Prime Minister, Tharoor said that in Hinduism, Vivekananda has taught us a religion of acceptance and tolerance.

He also recalled Mahatma Gandhi, Jawaharlal Nehru, B R Ambedkar, saying they wanted freedom for India which would be inclusive freedom.