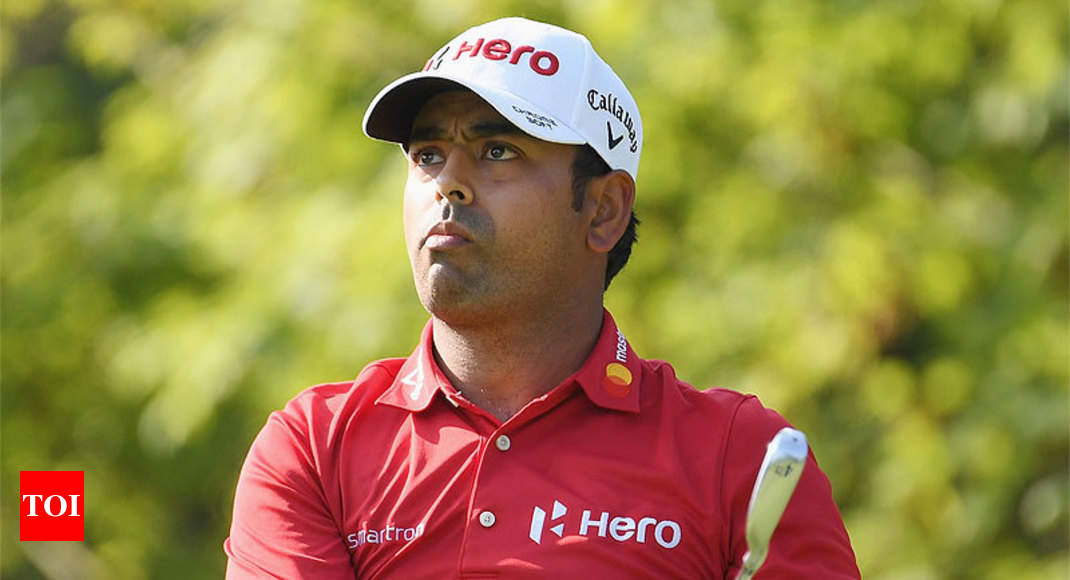 ST LOUIS: India’s Anirban Lahiri and Shubhankar Sharma’s campaign ended on a disappointing note at the 100th PGA Championships as both missed cuts with identical scores of 3-over 143 at the halfway mark.

Koepka, the two-time US Open winner, is in line to become only the fifth player to win the U.S. Open and the PGA Championship in the same year. Koepka is two shots clear of second placed Adam Scott of Australia.

The last player to win US Open and the PGA Championship in the same season was Tiger Woods in 2000. Here Woods, following up on his tied 6th at the Open Championships, was lying tied 6th with rounds of 70-66-66 at 8-under and four behind Koepka.

However it was a disappointing day for the Indians at the final Major of the year.

Sharma’s woes started from 14th as he missed a six foot putt for a bogey and ended with a double. On the very next hole, he missed a seven footer for par.

He did fight back with a birdie on 16th but he was flirting with danger. He missed an eight footer for par on 17th and then failed to get out of the bunker.

From fairway bunker, he went into greenside bunker and came out with a bogey on 18th and finished with 74 and a total of 3-over 143 to miss the cut.

Earlier, Anirban Lahiri had shot 3-over 73 in second round after a first round 70.

Lahiri missed a bunch of easy putts on both days and exited early from the final Major of the year.

Koepka was followed by a big group of contenders, including Scott, the 2013 Masters Tournament champion, who is playing in his 18th consecutive PGA Championship and his 70th consecutive major overall.

Scott jumped into contention at Bellerive Country Club with a terrific front nine that included birdies at Nos. 3, 5, 6 and 8 and additional birdies on 16th and 17th.

Only a bogey at the par-4 15th put a blemish on his scorecard. His 5-under 65 was the low round of the tournament. He’s alone in second, with only Koepka above him on the leaderboard. Scott is 10-under.

Six of the 10 players within three shots of Koepka have won Major championships.

Koepka appeared poised to run away with championship when he had a five-shot lead after 11 holes. Back-to-back bogeys momentarily changed the momentum, but he regained his footing.

Koepka bogeyed the 14th hole when he failed to get up-and-down. That broke a streak of 43 consecutive holes with a bogey.

He made another bogey at 15 after being forced to take a penalty shot after an errant drive. After missing the green and scrambling for par at the 16th, Koepka closed with two birdies.

“Last week (World Golf Championships-Bridgestone Invitational), I played the best golf I have played in a real long time, better than both U.S. Opens. I just didn’t putt very well,” Koepka said. “You build on that confidence.”

Scott has only one top-10 finish this season and needed a special invitation to play this week. Scott is trying to end a two-year winless streak. His top PGA Championship finish came when he tied for third in 2006.

Woodland, the 36-hole leader, appeared dangerously close to playing himself out of contention when he triple-bogeyed the 10th hole.

On the 508-yard par-4, Woodland played from one greenside bunker to the other and missed a long bogey putt. But he steadied his nerves and made birdies at No. 12 and No. 14.

Four-time PGA champion Woods had to play 11 holes to complete this second round on Saturday morning and finished with a 66. He opened the third round with 31 on the front nine but couldn’t get putts to drop on the back nine.

England’s Matt Wallace had the first hole-in-one of the week. He aced the 232-yard par-3 16th hole.