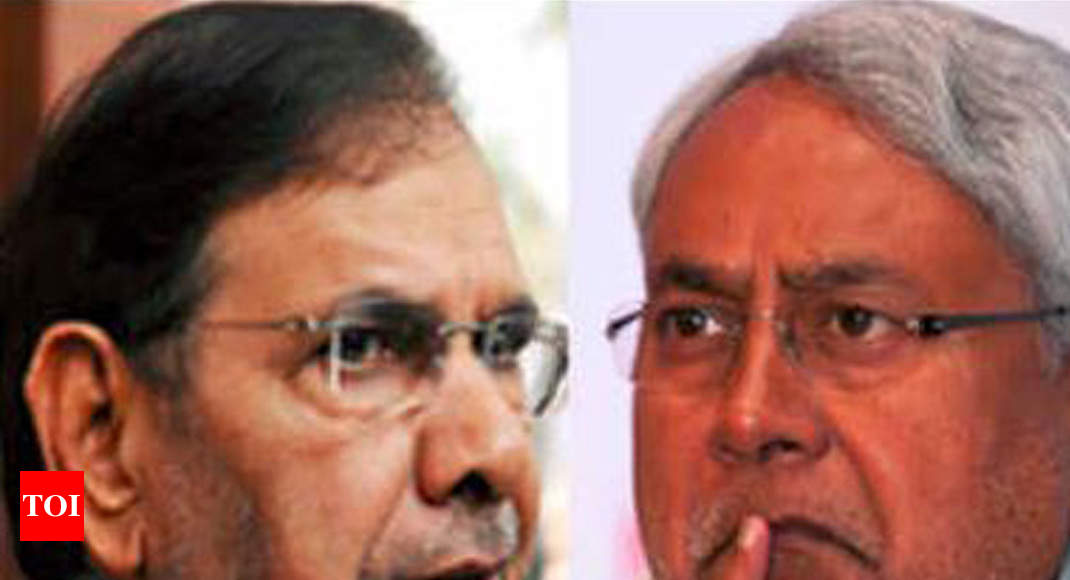 NEW DELHI: The Janata Dal (United) faction led by Bihar chief minister Nitish Kumar Thursday told the Delhi High Court that the Sharad Yadav faction, which was claiming to be the real JD(U), has formed a new political party.

An additional affidavit filed by Ram Chandra Prasad Singh, Rajya Sabha MP and JD(U) general secretary, said Yadav and other individuals, who had claimed to represent the real JD(U), had launched a new political party, called the ‘Loktantrik Janata Dal’, in May.

Justice V Kameswar Rao asked Singh to file an application to place the affidavit on record.

The court listed the matter, relating to a plea against the Election Commission’s order rejecting the claim of the Yadav faction over the party’s name and poll symbol ‘Arrow’, for final disposal on September 13.

In a separate matter pending before the Supreme Court and the Delhi High Court, the Nitish Kumar faction had said that former party president Sharad Yadav’s disqualification as a Rajya Sabha member was valid as he has formed another political party.

Thursday, senior advocate Kapil Sibal, appearing for petitioner K Rajasekaran, the president of the Yadav faction, said they would respond to the application.

The Nitish Kumar faction’s affidavit, filed through advocates Gopal Singh and Shivam Singh, said “during the pendency of the matter, a new political party called the ‘Loktantrik Janata Dal’ has been formed/launched on May 18, 2018 at the Talkatora Stadium by all those very persons and individuals including Sharad Yadav who claim themselves to be the real Janata Dal (United) in the matter.”

It also annexed some photographs, video clippings, posters and banners as proof of the formation of the new party and the role of these individuals.

The EC had rejected the claim of Yadav faction to the party’s ‘Arrow’ symbol which was challenged by Rajasekaran before the high court in December 2017.

The Yadav faction had earlier assured the court that it will desist from using the name and the poll symbol of the party till the final decision on their plea against the EC orders of November 17 and November 25, 2017.

The undertaking by the Yadav group had come in response to the Nitish Kumar faction’s application seeking restraining of the other side from using the party name or symbol at any forum, as their plea against the EC order was pending in the high court.

In its November 17, 2017 order, the EC had ruled in favour of Kumar’s faction with regard to which group was the real JD(U), but the poll panel had not given reasons for arriving at the decision.

The EC gave a reasoned order on November 25, 2017, which was challenged by the Yadav faction.

Kumar and Yadav had parted ways after the former decided to join hands with the BJP in July last year, triggering a battle for the control of the party.

Following the rift with Kumar, Yadav had claimed that by ending the alliance with Lalu Prasad’s RJD and deserting what was then called the ‘grand alliance’ (Mahagathbandhan), Kumar had gone against the party’s national executive’s decision to oppose the BJP.