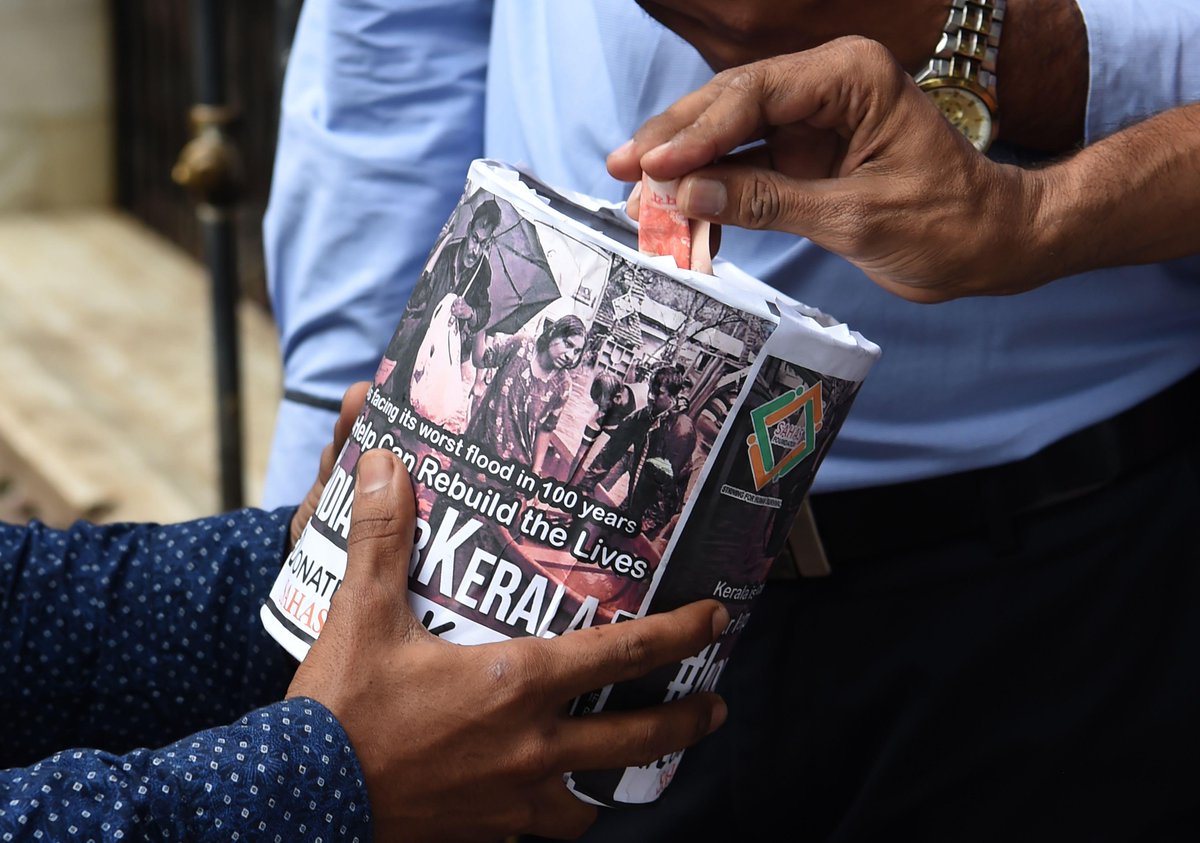 AHMEDNAGAR: Sex workers in Maharashtra‘s Ahmednagar district have donated Rs 21,000 for Kerala flood victims and they will be raising another Rs 1 lakh by the end of this month.

A group of sex workers presented a cheque of Rs 21,000 drawn in favour of the Prime Minister’s Relief Fund for Kerala flood victims to Resident Deputy Collector Prashant Patil here on Monday, said a functionary of an NGO working for them.

Dipak Buram of the city-based NGO Snehalaya said sex workers will raise another Rs 1 lakh by the month-end for Kerala flood victims.

Buram is coordinator of Snehjyot, a project run by Snehalaya, which is working for the welfare of sex workers for the last 30 years.

In the past too, sex workers have contributed for helping the victims of natural calamities in various parts of the country, he said.

In December 2015, they had donated Rs 1 lakh for relief work in rain-ravaged Chennai, Buram said.

Till date, they have contributed nearly Rs 27 lakh for various causes, including for the victims of earthquake in Gujrat (2001), tsunami (2004), Kashmir and Bihar floods, drought relief in Maharashtra and families of Kargil war heroes, he said.