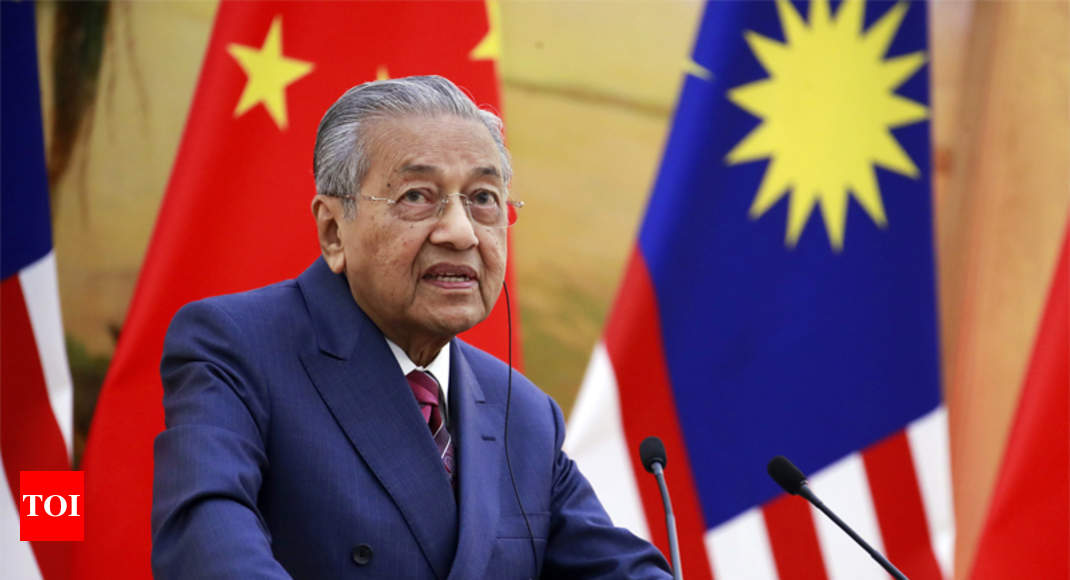 BEIJING: Multibillion-dollar China-financed projects in Malaysia have been canceled because they aren’t needed and will saddle the country with an unsustainable amount of debt, Malaysian Prime Minister Mahathir Mohammad told reporters on the final day of a visit to Beijing on Tuesday.

Mahathir told Malaysian reporters that both Chinese President Xi Jinping and Premier Li Keqiang understood the reasons behind the cancellations and “accepted them.” China had earlier defended the investments as bringing tangible benefits to both sides.

“It’s all about pouring in too much money which we cannot afford, we cannot repay and also because we don’t need these projects for Malaysia at this moment,” Mahathir said.

While the projects could be restarted in the future if considered necessary, Malaysia’s current focus is on reducing the national debt, Mahathir said.

“With that debt, if we are not careful we can become bankrupt,” he said, blaming the “stupidity” of the administration of his predecessor, Najib Razak, whom he ousted in elections earlier this year and now faces charges of massive corruption.

Malaysia will still have to pay “substantial” penalties to extract itself from the projects and also needs to “find out where money that has been paid for the projects have gone to,” Mahathir said.

Days before heading to Beijing, Mahathir was already saying Malaysia didn’t need the projects, part of Xi’s Belt and Road initiative to build ports, railways and other trade-related infrastructure across Asia, often built by Chinese contractors and financed by loans from Chinese state banks.

Belt and Road projects in Thailand, Sri Lanka and other countries have run into complaints that they are wasteful, too costly, give too little work to local companies or might facilitate embezzlement and other graft.

Also during his news conference, Mahathir said he didn’t raise the issue of fugitive financier Low Taek Jho during his visit. He said Low is “probably” hiding in China but he has no proof of this.

The US Justice Department alleges Low was a key figure in the theft and international laundering of $4.5 billion from Malaysia’s 1MDB investment fund by associates of Najib.