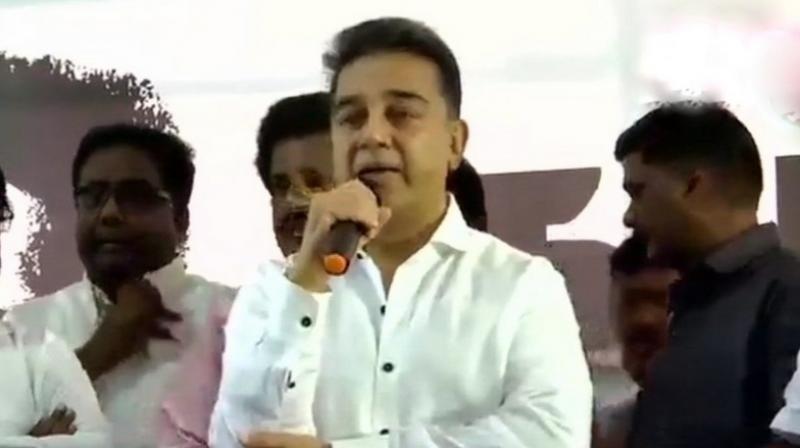 Veteran actor Kamal Haasan, on Wednesday met the leaders of the fishermen association at Rameswaram.

Addressing the media at Rameswaram, Kamal Haasan said, “My political journey begins. Serving people is my priority. I live in people’s hearts.”

The actor-turned-politician added that APJ Abdul Kalam was an inspiration for him.

“By entering politics, my responsibilities have increased. Anyone from any profession can enter politics. Everyone with intent and passion can come into politics,” the actor said.

Interacting with the fishermen association Kamal Haasan said, “I want to get introduced to all you leaders. I wanted to introduce my press friends to you guys.”

Kamal Haasan said that Delhi Chief Minister Arvind Kejriwal will be attending the meeting. He added, “Some others will also try to be present. Chandrababu Naidu called me last night (Tuesday). Everyone keeps asking me what my political inclinations are, I asked Chandrababu Naidu. He told me not to worry about that. He said the people’s request will be the political inclination.”

“I don’t see too many differences between films and politics. Both of them need the support of people just about equally, but the responsibility in politics is a lot bigger. Whatever money I have is the money of the public,” Haasan added.

Talking about selecting February 21 as the date to make the announcement, Kamal Haasan said, “I chose February 21 to make this announcement because today is International Mother Language Day, hence I chose today.”

The actor further said, “I will take only the good from different political ideologies.”

Kamal Haasan said that he is a big fan of Mahatma Gandhi and also added that he will unveil party vision in Madurai.

The actor had arrived in Rameshwaram on Tuesday night and was given a rousing welcome by his supporters.

Haasan, in a tweet, welcomed people to attend his party launch to “create a new era”.