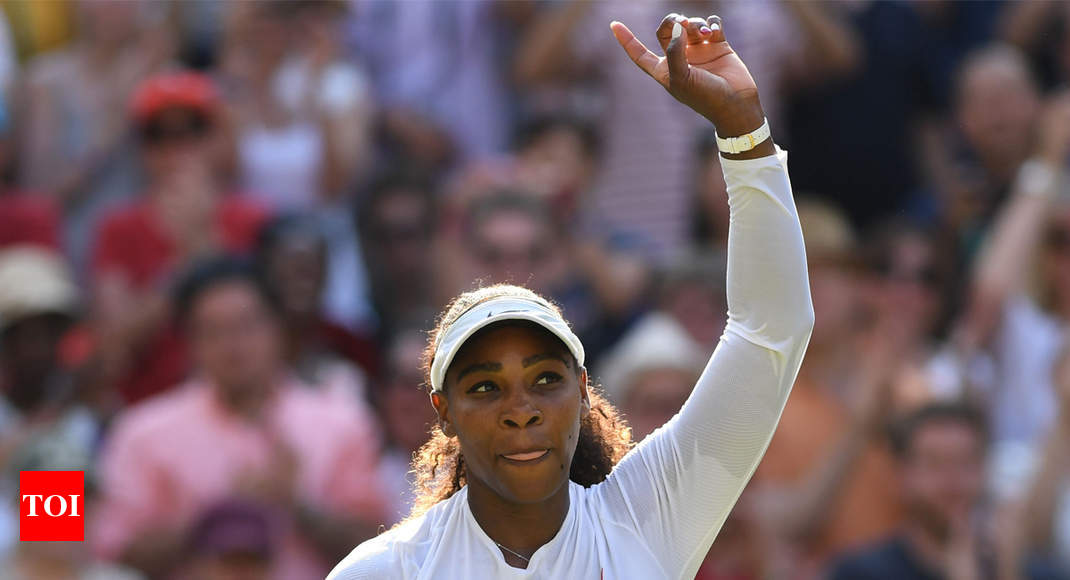 LONDON: Williams sisters – Venus and Serena – who between them have a dozen Wimbledon trophies in their decorated cabinet, played their third-round matches a couple of hundred yards from each other, in the two premier courts of this picturesque venue. The superstar siblings, aged 38 and 36, finished on opposite sides of the scoreline, however.

On a blazing-hot day, Venus, the ninth seed, went down to the 20th-ranked Belgian Kiki Bertens in three sets, shortly after, Serena, flashing sufficient muscle and hustle, doused Frenchwoman Kristina Mladenovic’s challenge to make the second week of the competition.

Venus, making her 21st Wimbledon appearance, lost to a player 12 years her junior, who had lost their only previous meeting a few months ago after holding match points. On Friday, Bertens closed on her third opportunity when Venus’ backhand found the bottom of the net. The 26-year-old came away with a 6-2, 6-7 (5-7), 8-6 win in 2 hours and 40 minutes for her best result at SW19.

Bertens couldn’t stop smiling as she left the No.1 court. “This win means a lot to me, I still can’t believe it, it was tough. Grass is not my favourite surface, but I’m learning,” she said at the end of a tidy match, where she pummeled 34 winners while her opponent totaled 36 unforced errors. “The last time we played in Miami, I had a few match points, that kept coming to my mind, but I tried to focus. I told myself, this is Wimbledon and that I had never been to the fourth round before.”

On Centre Court Serena – not quite at her explosive best – did just enough to pull off a 7-5, 7-6 (7-2) win in 1 hour and 49 minutes over the other Kiki. The seven-time winner closed out with two successive aces, the first of which swung away from Mladenovic at 116 mph.

“We’ve seen a lot of the top players go out, I’m not technically a top player, but I have the wins of one,” said Serena who sent down 13 aces, “I’m really happy with the win. But I had an early break in the second set, I need to find out what went wrong with that. This is only my second serious tournament since I returned. I worked really, really, really hard. It’s been a long arduous road, but I always expect to do my best.”

Mladenovic, who climbed to a career-high No.10 in the rankings last October right in the midst of a slip-sliding run, when she failed to win a match in 10 straight tournaments, that run extending into the new year, where she recorded a zero in her first three tournaments, including the Australian Open. The Frenchwoman, who broke the seven-time champion in the fifth game of the match, wobbled when serving for the first set in the tenth game. She then handed the opening essay to the American with a double fault in the 12th game.

Serena, 36, coming back from a difficult pregnancy, raised her game at crucial junctures. She swung hard on a forehand that pulled her opponent wide to set up the set point. The 25th seed then broke in the second game of the second set for a 2-0 advantage, but Mladenovic weighed in right back and pushed the set into tie-break, where the American played her best tennis of the match.