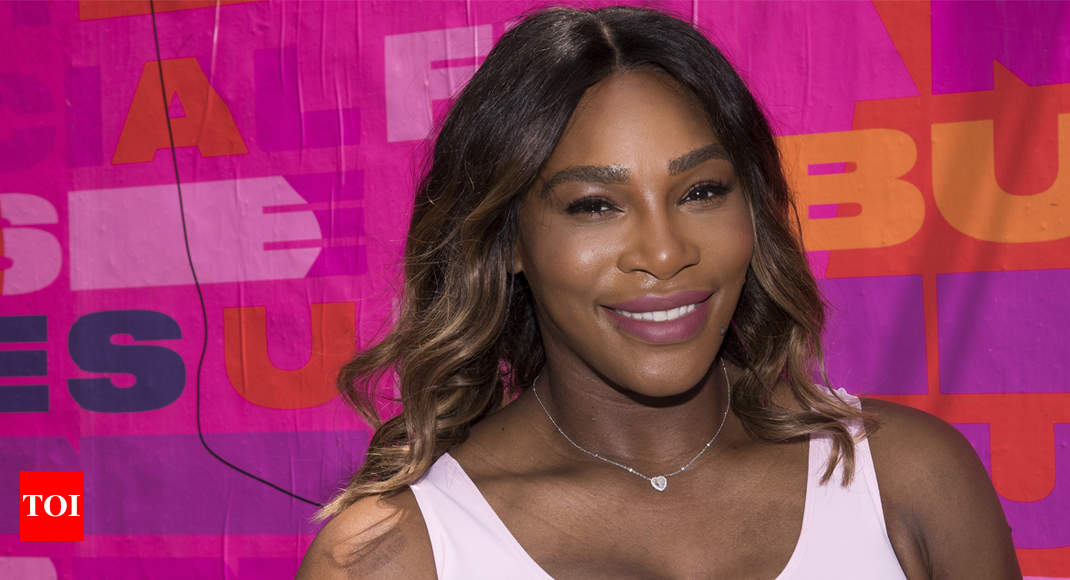 LONDON: Serena Williams will face Arantxa Rus in the Wimbledon first round as the seven-time champion begins her bid to win a first Grand Slam title since becoming a mother.

Williams has been seeded 25th by All England Club officials despite dropping to 183 in the WTA rankings after a lengthy spell on the sidelines to have her first child.

The 36-year-old gave birth to daughter Alexis Olympia in September and has played only a handful of matches this year.

Williams, who hasn’t won a major title since the 2017 Australian Open before her pregnancy break, made her return to Grand Slam action at the recent French Open.

She wasn’t seeded but reached the last 16 before pulling out with a shoulder injury ahead of a clash with old rival Maria Sharapova.

The 23-time Grand Slam winner opens her first Wimbledon campaign since 2016 against Dutch world number 107 Rus before a second round tie against Tereza Smitkova or Viktoriya Tomova.

It gets harder for Williams from there as she is due to face fifth seed Elina Svitolina in the third round.

Serena, who won Wimbledon in her last two appearances in 2015 and 2016, could have to take down 10th seed Madison Keys in the last 16.

Amid talk that many players are unhappy with the decision to seed Williams at Wimbledon, she could see a friendly face on the opposite side of the net in a possible quarter-final against close pal and reigning Australian Open champion Caroline Wozniacki.

US Open champion Sloane Stephens or Serena’s sister Venus — last year’s Wimbledon runner-up — could lie in wait in the semi-finals.

In the final, Williams may have to see off world number one Simona Halep or defending Wimbledon champion Garbine Muguruza.

Sharapova, who hasn’t won a major since 2014, could play former French Open champion Jelena Ostapenko in the third round.

Halep could face a rematch of last year’s dramatic Wimbledon quarter-final with Britain’s Johanna Konta in the fourth round.

Two-time Wimbledon champion Petra Kvitova is drawn to face Halep in the quarter-finals, with Muguruza or French sixth seed Caroline Garcia looming as a semi-final opponent for the Czech.

Kvitova has battled back from the horrific stabbing that derailed her career in 2016 and looks in good form on grass after winning the Birmingham title on Sunday.