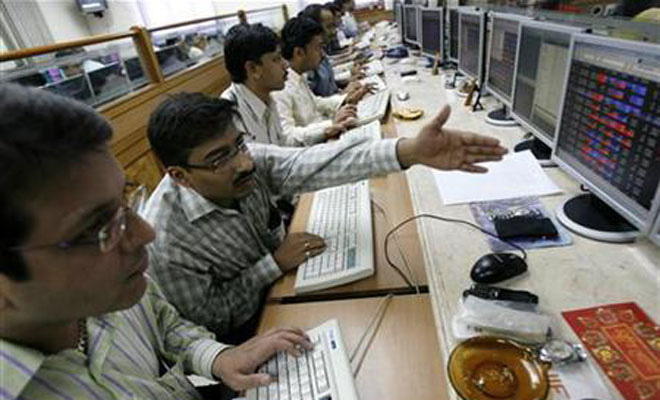 Indian shares slumped more than 1 percent on Friday, in line with Asian peers, as the global rout in equities returned, while lingering concerns over inflation back home weighed on the market. Global cues have weighed on Indian stock markets with major indexes on track for a second straight weekly fall after embarking on a record-hitting spree in January.
“The sell-off is likely a retest of the bottom and obviously driven by selling in overseas markets. The long overdue correction is taking place amidst growth in earnings, reduction in crude oil (prices) and stable domestic yields,” said Sunil Sharma, chief investment officer at Sanctum Wealth Management.
Improvement in earnings alongside price correction creates attractive buying opportunities, particularly in the consumer and industrial sectors, Sharma added.

The partially convertible rupee dropped to 64.38/39 per dollar, compared with its previous close of 64.2550. The benchmark 10-year bond yield was down 1 basis point at 7.46 percent.

Financials such as ICICI Bank Ltd and Housing Development Finance Corp Ltd were the biggest drag on both the indexes, shedding over 2 percent each.

Glenmark Pharmaceuticals Ltd dropped as much as 9.6 percent to its lowest in over three years after the pharma company posted disappointing quarterly results on Thursday.

Meanwhile, Tata Steel Ltd recovered from early falls to climb as much as 2 percent ahead of its December-quarter results.