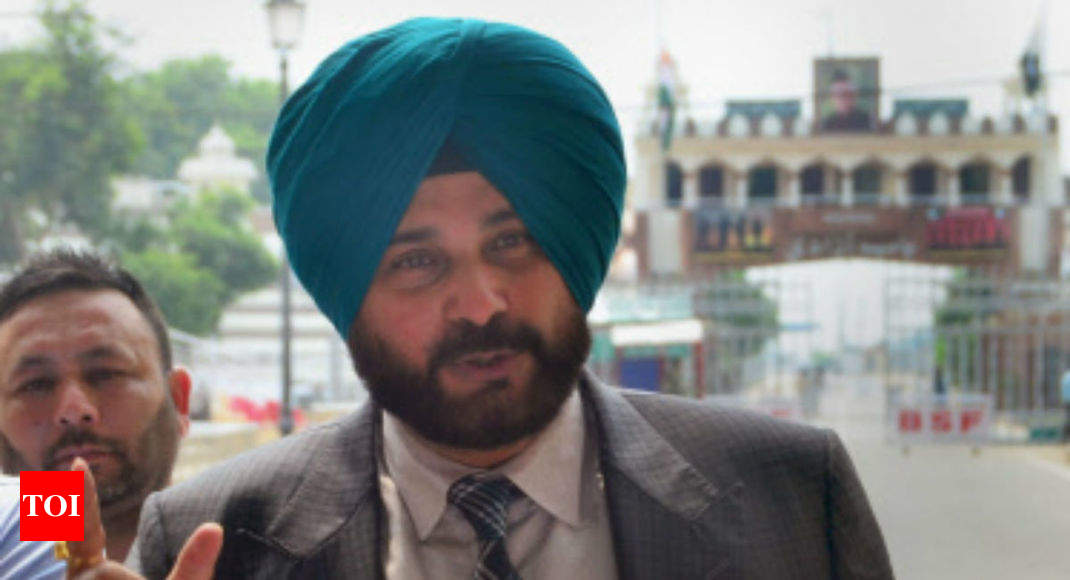 MUMBAI: The Shiv Sena lashed out on Monday at Punjab minister Navjot Singh Sidhu for visiting Pakistan and hugging its Army chief, dubbing it as “heights of shamelessness”.

It also took a dig at the BJP, saying Sidhu was not labelled a traitor, even though people were termed “anti-national” for opposing demonetisation and criticising Prime Minister Narendra Modi.

The cricketer-turned-politician was among the special guests present on Saturday at Pakistan Prime Minister Imran Khan’s oath-taking ceremony.

The Shiv Sena claimed Sidhu’s act was a “height of shamelessness” as he hugged the Pakistan Army chief who was supporting insurgency in Kashmir.

“Nobody called Sidhu a traitor despite his visit to Pakistan amid opposition and the situation (in Jammu and Kashmir), but there are some people who are easily labelled as anti-national for opposing note ban or criticising Modi,” it said in an editorial in party mouthpiece ‘Saamana’.

Earlier, Modi had hugged the then Pakistan prime minister Nawaz Sharif and it was called his “masterstroke”, it said, adding, “then how can we criticise Sidhu alone”.

Though Sidhu was now with the Congress, he had been with the BJP for a long time and “the BJP should introspect where exactly its ‘sanskar’ (teachings) fell short”, it said.

“The prime minister is known for taking strong steps, and he could have simply issued a similar ban against those who wished to visit Pakistan,” the editorial said.

Sidhu’s “shameless” visit to Pakistan is not just a subject of the Congress, but is also a question of India’s security and pride of its soldiers.

Cricket legends Sunil Gavaskar and Kapil Dev refused the invitation to attend Khan’s swearing-in, but Sidhu went there “jumping like a frog and exposed his fake patriotism”, the Uddhav Thackeray-led party claimed.

The Sena said if the Punjab minister had so much affection for Pakistan, he should contest election from there.

“He has already received an offer from a member of Parliament of the Pakistan-Tehreek-i-Insaaf (Khan’s party) to contest election from there,” the Sena claimed.

Lashing out at Imran Khan, the Sena said it was he who created an atmosphere of “dharmayudh” (holy war) during India-Pakistan cricket matches and delivered several venomous speeches against India.

The Sena claimed his elevation to Pakistan’s post was going to increase India’s “headache”.

“Who is going to benefit from Imran’s elevation? He is just a mask, it is the Pakistan Army that is going to be in power. Then (in that context), Sidhu hugging its Army chief is a crime,” it said.

The party wondered what action would Congress president Rahul Gandhi take against his party leader and claimed during Khan’s swearing-in ceremony, it looked like Sindhu was not a guest, but host of the event.

Even if Sidhu had not gone there, the ceremony would have still taken place, it said. “His actions are weakening Rahul Gandhi’s position,” the Marathi daily said.