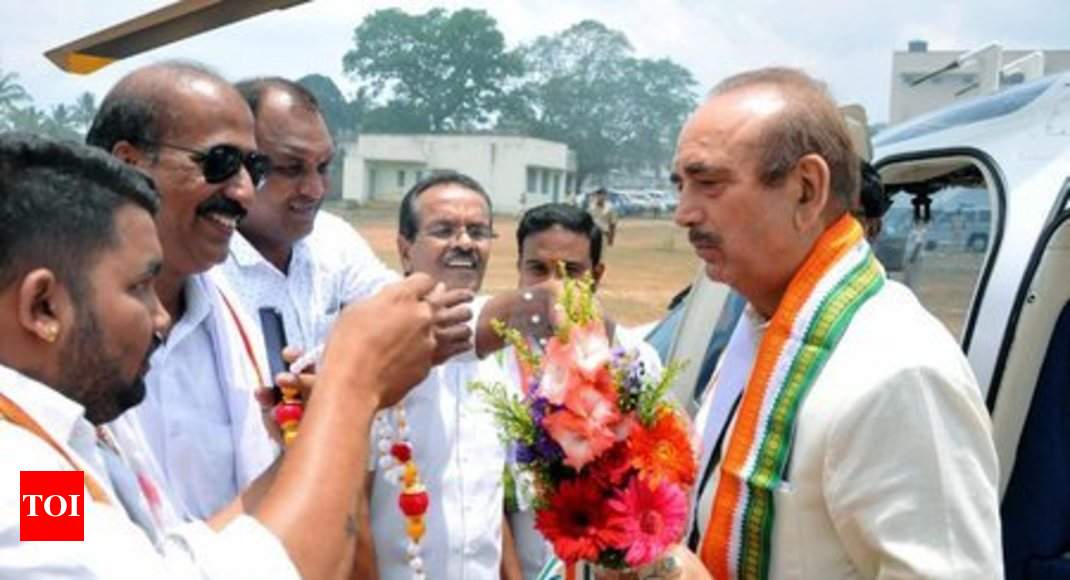 NEW DELHI: A sedition complaint has been filed in a Delhi court against senior Congress leader Ghulam Nabi Azad for his alleged remarks that more civilians were being killed in army operations in Jammu and Kashmir than terrorists.

The plea filed by an advocate has sought action against the politician for offences under sections 124 (sedition), 120B (criminal conspiracy) and 505 (1) (spreading rumour about army/navy/air force official which is likely to cause mutiny) of the IPC, claiming that the alleged remarks were painting the Army as killers of innocents which was “nothing less than waging war against the country”.

The matter has been listed for hearing tomorrow before a magisterial court here.

According to the complaint lodged by advocate Shashi Bhushan, in a TV interview on June 22, Azad had allegedly said the “Indian Army in Jammu and Kashmir was killing more civilians than terrorists during military operations in the state.”

The complaint also accused the former J&K chief minister of spreading hatred and trying to malign the country’s image.