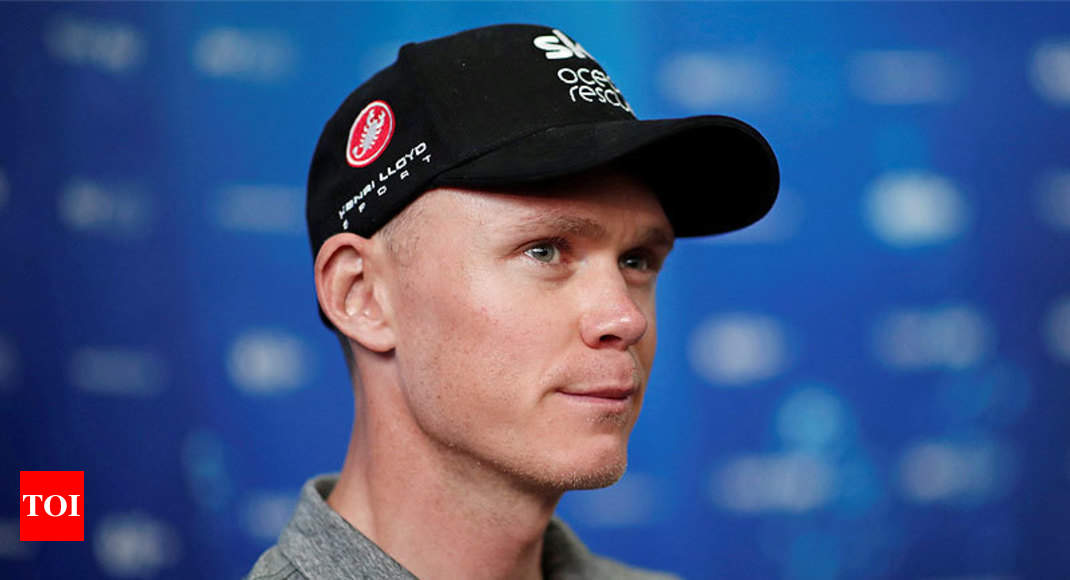 LA ROCHE-SUR-YON: More than 30,000 security agents will be deployed for the Tour de France, organisers said Wednesday after the head of world cycling cited threats of violence and called for a safe environment for British rider Chris Froome.

In a post on his Twitter account, Lappartient denounced calls for ‘violence’ during the three-week event while the French government said that it would deploy all means necessary to guarantee security.

“I have heard calls, sometimes completely irrational, to violence on the Tour de France,” said Lappartient.

“I cannot accept that and I call on all spectators to protect all the athletes and to respect the judicial decision so that Chris Froome can compete in a safe and serene environment like all other athletes.”

Tour de France security chief Pierre-Yves Thouault told AFP that he shared Lappartient’s concerns but was ready to unleash a huge security operation to police the 10 to 12 million fans expected to turn up to watch the race this year.

“There will be 23,000 police and 6,000 firemen,” Thouault said, adding that several thousand private security agents would also be deployed.

“We are concerned with mountain top finishes.

“But we will not be focusing more on one team than on any other,” he said, mentioning one notorious mountain stretch of the three-week Tour.

“The top section of the Alpe d’Huez will have more than 3.5km of railing on either side,” he said of the climb notorious for attracting huge unruly crowds where punches have been thrown, and urine splashed on competitors including Froome.

“We’ll have several hundred officers on that hill, we know how it can be,” he said, stressing that communications between security officers was the key to safety alongside multilingual signs.

Meanwhile France’s interior ministry said that the threat from terrorism was real during the Tour.

“The threat of terrorism is real during the entire Tour as it is throughout the country for the rest of the year.

“We will deploy all means necessary to ensure the full security for the event.”

Kenyan-born Froome, 33, is a favourite to win his fifth Tour de France after he was cleared to ride following the conclusion of a probe into an abnormal test sample during the Vuelta a Espana last year.

He recorded an adverse analytical finding (AAF) for salbutamol, an asthma medication, meaning he exceeded the allowed dose of a permitted substance.

“I feel the need to say to cycling lovers, to lovers of the Tour de France, that the decision that was taken (to drop the case against Froome) was taken on the basis of reports from experts which led the World Anti-Doping Agency (WADA) to consider that no violation of anti-doping rules had taken place,” Lappartient said.

“And from this point on, that decision must be respected.”

Opposition to Froome had been building in France ahead of the Tour, with five-time Tour winner Bernard Hinault labelling him a cheat and organisers barring him from riding before being forced to relent earlier this week and lifting the ban.

But Froome said Wednesday he had little to fear from the French public.

“I just raced the Giro in May with the salbutamol thing hanging over me and nothing happened there,” he said.

“My advice to anyone who doesn’t like Chris Froome or doesn’t like Sky is to come and watch the race with some other shirt, of someone you do like, and support the Tour in that way.”

Froome is out to emulate five-time winners Hinault, Jacques Anquetil, Eddy Merckx and Miguel Indurain when he competes for a fifth win in the three-week Tour.

A win would also make Froome the first man to win a Giro-Tour de France double in the same season for twenty years.