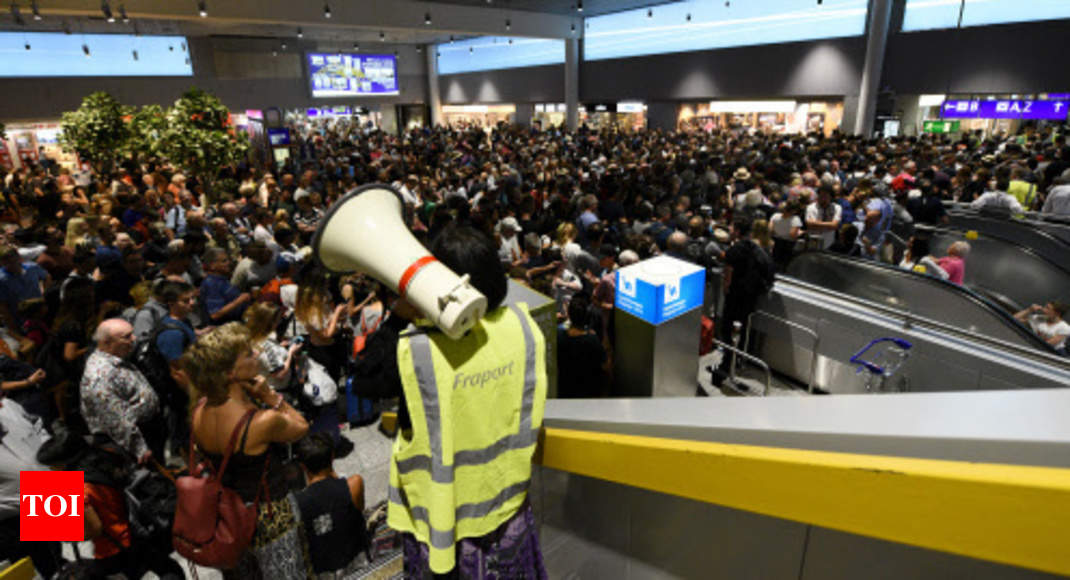 NEW DELHI: Passengers flying Lufthansa flights to, from and via Frankfurt can expect delays as a part of the airport’s Terminal 1 had to be shut down for some hours on Tuesday due to a security scare. While the airline said no long haul flight (that include those to and from India) had been canceled, some were delayed. Almost 7,000 passengers have been affected by the delays and cancellations. It is learnt that an unauthorised person had got past the security area.

“The terminal area ‘A & Z’ in the terminal one of Frankfurt Airport has been re-opened since 2:30 pm (local time), the influx of passengers towards the security controls is regulated and managed by the federal German police. Approximately 7,000 passengers are affected. As a result of the deployment, there will be delays and individual cancellations. Some flights had to leave Frankfurt without passengers in order to position aircraft and crews at departure airports outside Frankfurt as quickly as possible. The effects will continue (till Tuesday) evening,” a statement by Lufthansa said.

“Lufthansa is doing everything it can in order to minimize the impact of the police procedures for its passengers. Lufthansa has booked 2,000 hotel rooms and ordered additional camp beds for the terminal. Lufthansa also immediately provided its passengers with drinks and snacks…. Lufthansa passengers are requested to check the status of their flight with Lufthansa.com before departing. Passengers who have provided contact details will be actively notified of changes by SMS or e-mail,” the airline added.

On July 29, an unidentified woman had made it to Munich Airport terminal 2’s security hold area reportedly without going through security or passport checks due to which that terminal was closed for some time, causing severe flight delays.

Lufthansa has a daily direct from Delhi and Mumbai to both Munich and Frankfurt. Chennai and Bangalore have a daily direct each to Frankfurt. A large number of Indian passengers transit through Lufthansa’s hubs to travel between India and western countries.