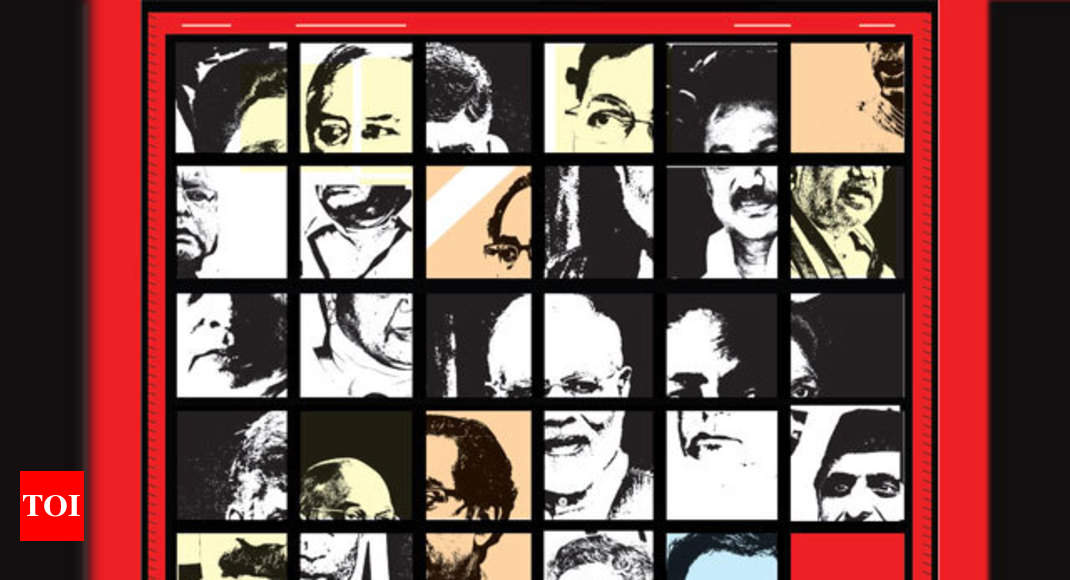 NEW DELHI: Even as parties on both sides of the political spectrum weigh their prospects for the 2019 Lok Sabha elections and try to strike new alliances, the biggest hurdle they could be face would be in sharing seats.
While BJP has expanded its footprints even in states where it was once a junior partner, leaving its regional allies on tenterhooks, there are parties opposed to BJP that face the uphill task of burying their differences and joining hands to defeat BJP.

There are also parties that have Congress as their main opponent in their turf and cannot be a part of any alliance where it is a constituent.

There is also a category of parties keeping their cards close to their chest and would wait for the results to decide which camp to join. Here’s a state-wise picture at the moment:

UTTAR PRADESH (80 LOK SABHA SEATS)
2014: BJP won 71 of the 80 seats, while its ally Apna Dal secured 2. SP won five seats and two were bagged by Congress. BSP did not win a seat though it kept its core vote base intact.

The consequent drubbing the parties received in the 2017 assembly elections when BJP-led NDA secure 325 seats in a 403-member assembly has led SP, BSP, RLD and Congress to explore the possibilities of fighting jointly against the BJP.

They tested the waters in bypolls in Gorakhpur, Phulpur and Kairana and found the arithmetic worked in their favour.

SEAT SHARING CHALLENGE IN 2019: In the last Lok Sabha election, BSP came second in 34 seats, SP in 31 seats, Congress in six and RLD and AAP in one each. If this formula is adopted, SP should contest 36 (5 seats that it won + 31 where it came second), BSP 34, Congress 8 (2+6) while RLD is likely to demand at least three seats.

ROADBLOCKS: BSP, Congress and RLD are likely to demand more seats. While Mayawati can ‘transfer’ votes to other parties, it is still to be seen if the reverse can be done.

Shiv Sena has announced that it will not contest the 2019 elections with BJP though the latter is still hopeful that the alliance will continue. BJP is now a bigger party in Maharashtra than Shiv Sena (SS).

SEAT SHARING IN 2019:Congress and NCP fought the by-polls together and are likely to stick together in the next LS elections. BJP and SS face antiincumbency and would be better served to stay partners.

BJP has an ambitious target of winning over 20 seats in 2019.

It has gained vote share over the last few months in various elections and emerged as Trinamool’s main opponent.

JDU, RJD and Congress formed a coalition during the assembly polls to sweep it but JDU later broke away from RJD and walked back into NDA camp. As of today, BJP is unsure about its Bihar allies JDU, LJP and RLSP.

SEAT SHARING IN 2019: No clarity but the tussle has already begun. JDU wants to contest more seats. RLSP is flexing its muscles as it fears its seat share will be cut because of JDU.

ROADBLOCKS: RJD has been gaining ground as Yadav and Muslim voters are firmly backing it. With Jitan Ram Manjhi leaving NDA, rift in MBC votes is a worry for NDA.

JDU is keeping all sides guessing as Nitish hobnobs with Lalu Prasad and BJP.

KARNATAKA (28 SEATS)
2014: BJP won 17 seats, Congress nine and JDS two. With Congress and JDS forming a government in the state, the going is likely to be tough for BJP in 2014. BJP is pinning its hopes on HD Kumaraswamy’s government not lasting till elections but this could turn out to be wishful thinking.

TDP has walked out of the NDA and blamed BJP for not granting the state special category status. YSRCP is on a strong wicket if the popularity of Jagan Mohan Reddy’s yatra is any indicator.

2019: No pre-poll alliances likely in Andhra Pradesh; all decisions by TDP and YSRCP will be based on Lok Sabha election results.

2019: JMM and Congress likely to join hands. BJP government in state faces antiincumbency and this may affect its prospects in the next Lok Sabha election.

2019: TRS may extend postpoll support to any coalition in case of a hung Parliament.

In other big states like Rajasthan, Gujarat, Madhya Pradesh, Assam and Chhattisgarh and smaller states like Himachal Pradesh, Uttarakhand and Goa, it would be a straight contest between BJP and Congress.

The scene in Tamil Nadu that sends 39 MPs to the Lok Sabha, the DMK has said it would continue its alliance with the Congress and is in a better position to win the polls than a fractured and leaderless AIADMK.

The BJP has little hope here. In Odisha, the emergence of BJP as BJD’s main rival would be tested.